MPPSC 2020 notification is yet to be released. With the recent advertisement, MPPSC has announced the postponement of the MPPSC Exam 2020, details of which aspirants can find in the linked article.  MPPSC 2019 Notification [Revised] was released on 14th November 2019 and the MPPSC Calendar for State Service Exam (Pre and Mains) 2019 on 31 December 2018. Read on to get information on MPPSC notification year-wise.

The details of the MPPSC notification 2020 will be updated on this page once the commission releases the latest notification of the State Service Exam also called MPPSC Rajya Sewa Pariksha. For an update in MPPSC 2020 Notification (Pre and Mains), candidates should keep checking MPPSC online websites:

As mentioned earlier, the MPPSC notification was released on 14th November 2019. The MPPSC conducted Prelims 2019 on 12th January 2020. MPPSC Admit Card 2019 was made available on the official websites from 08 January 2020 to 11 January 2020. The results of the MPPSC Prelims Exam were announced on 29th June 2020 which candidates can check on our  MPPSC Result page.

Tables below will brief you to understand the MPPSC Calendar (Consists of notification of application form, MPPSC admit cards, prelims and mains exam and result dates) over the years, following which, the probability of missing out the important forms is the least:

Madhya Pradesh Public Service Commission has notified 330 vacancies for the 2019 State Service Exam. The details of the vacancies are given below:

Update in MPPSC Vacancy 2019 – The commission through an official notification had revised the vacancies for the posts of ‘Assistant Director – Department of Food and Public Distribution’ & ‘MP Subordinate Accounting Service.’ Earlier, there were two vacancies under the post of Assistant Director, one for general category and one for ST. After the revision, that one seat is open for the general category has been transferred to the Economic Weaker Section (EWS) category. The number of vacancies still remain the same, i.e. 2.

For the post of Subordinate Accounting Service, the changes are as mentioned in the image below:

Check the MPPSC Eligibility in the linked article.

Who all are recruited by MPPSC?

As per MP General Administration Department (GAD) Notification 2012, MPPSC conducts a Combined Competitive Examination for the below posts: 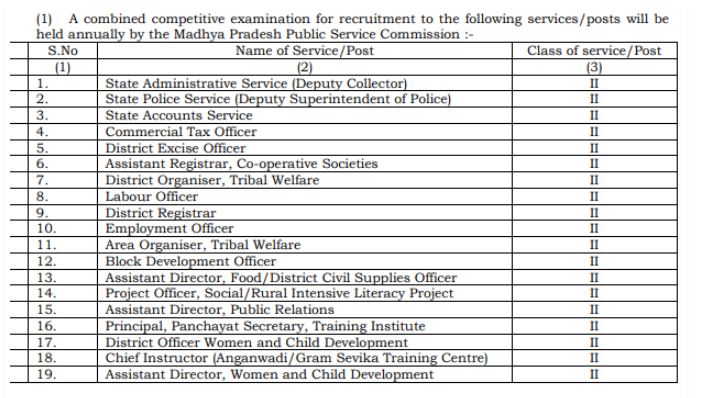 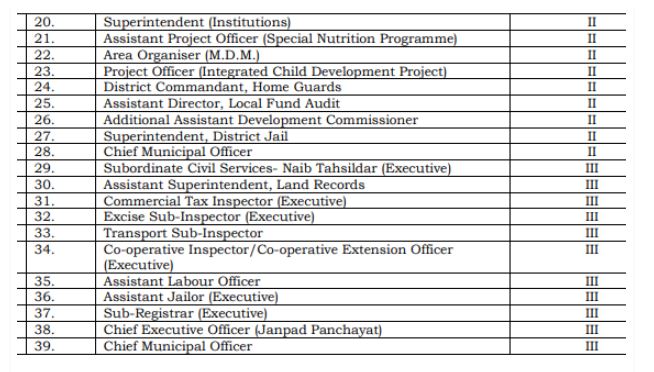 To get the detailed MPPSC Syllabus 2020 for the Prelims and Mains State Service Exam, check the linked article. Candidates can also refer to the official sites of the MP Public Service Commission (PSC) for any further updates.

Check the MPPSC Posts Salary below:

Following the 7th Pay Commission, the posts of Deputy Collector, Commercial Tax Officer, District Jail Commissioner and Deputy Superintendent Of Police will draw a salary as below:

On the lines of IAS Exam, the Madhya Pradesh Public Service Commission allows candidates to apply online for State Service Examination. MPPSC Application Form will be out on 20 November 2019 and will be available till 09 December 2019. Candidates need to log in to the official website of the commission, fill the form and pay the application fee.

Candidates may check the MPPSC application 2019 fee below:

To simplify the strategies for MPPSC Exam Preparation, you may click the linked article.