NCERT Notes: The Origin And The Evolution Of The Earth [Geography Notes For UPSC]

NCERT notes on important topics for the IAS aspirants. These notes will also be useful for other competitive exams like banking PO, SSC, state civil services exams and so on. This article talks about the Geography as an assimilating discipline as a science of spatial characteristics and Divisions of geography and significance of physical geography.

The Origin and the Evolution of the Earth (UPSC Notes):- Download PDF Here

[su_box title=” Lithosphere, Atmosphere, and Hydrosphere of the Earth” box_color=”#35b39c”] 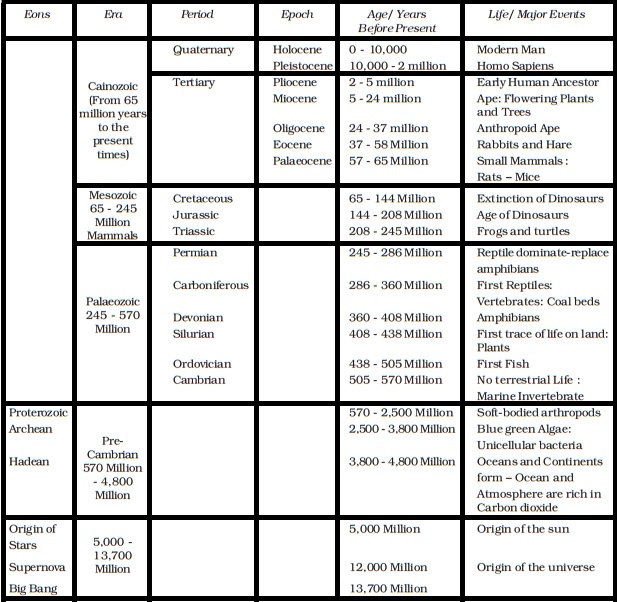 The Origin and the Evolution of the Earth (UPSC Notes):- Download PDF Here

Frequently Asked Questions about Origin of the Earth

When was the Earth formed?

Earth, along with the other planets, is believed to have been born 4.5 billion years ago as a solidified cloud of dust and gases left over from the creation of the Sun. For perhaps 500 million years, the interior of Earth stayed solid and relatively cool, perhaps 2,000F.

What are the theories of the origin of the Earth?

The first and most widely accepted theory, core accretion, works well with the formation of the terrestrial planets like Earth but has problems with giant planets. The second, the disk instability method, may account for the creation of these giant planets.