Operation Meghdoot was an Indian military operation to take the Siachen Glacier in Kashmir. It was led by Lieutenant General Prem Nath Hoon.

Executed on the morning of 13 April 1984 on the highest battlefield in the world, Op Meghdoot was the first military offensive of its kind. The operation was a success, and it dashed Pakistan’s hope of seizing the glacier in its entirety.

This article will give further details about Operation Meghdoot within the context of the IAS Exam.

Read in detail about Siachen Glacier in the linked article.

Some related links can be found below:

The Siachen Glacier has been a bone of contention since the Karachi Agreement in July 1949, gave a vague demarcation of territories and unspecified authority over them.

In the 1970s and 1980s both India and Pakistan permitted several mountaineering expeditions to climb the Siachen region on their respective sides. It was done to reinforce their claim on the area

The most notable one was the one launched by Colonel Narinder “Bull” Kumar of the Indian Army, who led an expedition to Teram Kangri, along with medical officer Captain A.V.S. Gupta.

When Pakistan gave permission to a Japanese expedition to scale an important peak (Rimo I) in 1984, it further fueled the suspicion of the Indian Government of Pakistan’s attempts to legitimize their claim.

Why is Siachen important? 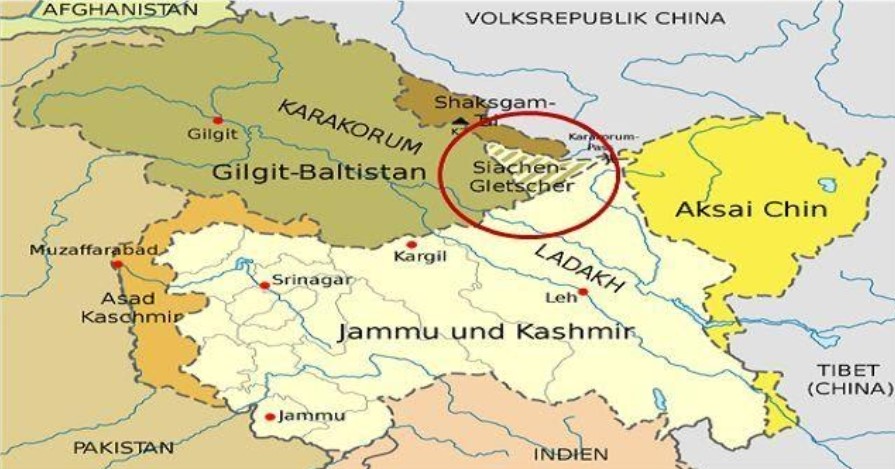 The Indian military decided to deploy troops from the Northern Ladakh region as well as some paramilitary forces to the glacier area. Most of the troops had been acclimatized to the extremities of the glacier through a training expedition to Antarctica in 1982 before eventually launching the operation to occupy the complete glacier.

In 1983, Pakistani generals decided to stake their claim through troop deployments to the Siachen glacier. After analysing the Indian Army’s mountaineering expeditions, they feared that India might capture key ridges and passes near the glacier, and decided to send their own troops first. Islamabad ordered Arctic-weather gear from a London supplier, unaware that the same supplier provided outfits to the Indians. The Indians were informed about this development and initiated their own plan, providing them with a head start.

The first phase of the operation began in March 1984 with the march on foot to the eastern base of the glacier. A full battalion of the Kumaon Regiment and units from the Ladakh Scouts, marched with full battle packs through an ice-bound Zoji La pass for days.

By 13 April, approximately 300 Indian troops were dug into the critical peaks and passes of the glacier. By the time Pakistan troops managed to get into the immediate area, they found that the Indian troops had controlled all three major mountain passes of Sia La, Bilafond La, and by 1987 Gyong La and all the commanding heights of the Saltoro Ridge west of the Siachen Glacier.

Camps were soon converted to permanent posts by both countries. The number of casualties on both sides during this particular operation is not known.

For more articles on national and international topics, visit the Current Affairs articles

The operation resulted in India gaining 70 kilometres (43 mi) long Siachen Glacier and all of its tributary glaciers, as well as three main passes of the Saltoro Ridge immediately west of the glacier, Sia La, Bilafond La, and Gyong La, thus presently giving India the tactical advantage of holding higher grounds.

Currently, the Indian Army remains the first and only army in the world to have taken tanks and other heavy ordnance up to such an altitude (well over 5,000 m or 16,000 ft). Up to ten infantry battalions each of the Indian Army and Pakistan Army are actively deployed at high altitudes of up to 6,400 metres throughout the region of the glacier.

Where did Operation Meghdoot take place?

Operation Meghdoot, was in support of the Indian Army and paramilitary forces in Northern Ladakh, to secure control of the heights predominating the Siachin glacier, also referred to as the world’s third pole and potentially a dangerous flash point on the disputed Northern borders.