On 26 November 2008, terrorists affiliated with the Lashkar-e-Taiba attacked a series of coordinated attacks on several locations across the city of Mumbai. The heinous attack lasted four days and a total of 164 people were killed. Read more about this event for the IAS exam. 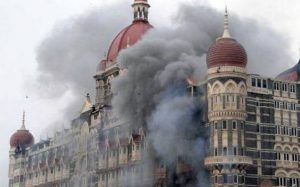