Since the straits connect the Mediterranean and the Black Sea, it is a vital trade route for international shipping.

The Monreaux Convention was in the news recently as Turkey cited the treaty to justify its decision in limiting the passage of Russian warships following the outbreak of hostilities between Russia and Ukraine.

Background of the Montreux Convention

Following the end of World War I and the subsequent Treaty of Lausanne in 1923, the Dardanells and the Bosphorus straits were opened to civilian and military traffic without any restrictions. It was supervised under the International Stratis Commissions of the League of Nations.

However, the late 1930s saw a change in the overall scenario in the Mediterranean. Fascist Italy under Bennito Mussolini had embarked on an aggressive policy to expand its influence in the Mediterranean region. Through its occupation of the Greek Dodecanese islands off the west of Turkey, it built fortifications on the islands of Rhodes, Leros and Kos.

This led to Turkish fears about Italy seeking to expand further into its region of Anatolia. It secretly began to fortify the straits in response. In April 1935 the Turkish government sent a diplomatic note to the signatories of the Lusanee treaty requesting authorisation for reconstructing the Dardanelle forts.

The diplomatic note was responded favourably by the likes of Australia, Bulgaria, France, Greece, Soviet Union, the United Kingdom among others who attended the negotiations. It would begin on 22 June 1936.

Italy, whose expansionist moves was the cause of this event and the United States, which had embarked on a policy of isolation from what it saw as a primarily European Affair, refused to attend the negotiations.

In the end after rejecting and accepting a number of concessions between the participating nations, an agreement was reached. It was finally ratified and came into force on 9 November 1936. 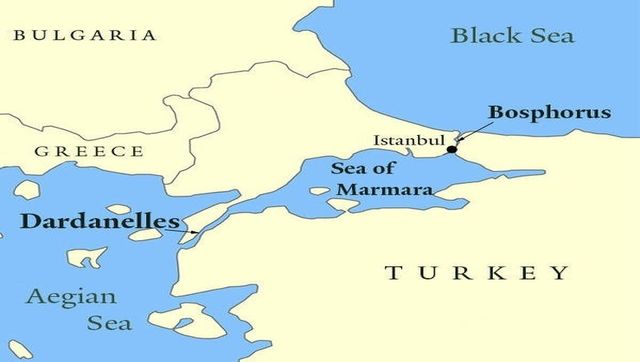 The Montreux Convention regulates maritime traffic to and from the Black Sea. It guarantees passage for all civilian vessels during times of peace. It also gives Turkey the authority to limit the passage of navies of those countries who do not border th Black Sea.

Warships are restricted in terms of tonnage, weaponry and duration of stay. Such warships must send advanced notification to Turkish authorities, who in turn must inform the parties to the Convention

What is the significance of the Montreux Convention?

While it was designed for a particular geopolitical context and remains unchanged since its adoption, the Montreux Convention has endured as a “solid example of a rules-based international order”, since most of its terms are still followed

Where was the Montreux Convention signed?

The Montreux Convention was signed on 20 July 1936 at the Montreux Palace in Switzerland, going into effect on November 9, 1936.