3. May’s visit to the U.S. to put “special relationship” to the test

1. Clamping down on ordinance raj

1. Pension regulator gets it right on NPS

3. May’s visit to the U.S. to put “special relationship” to the test 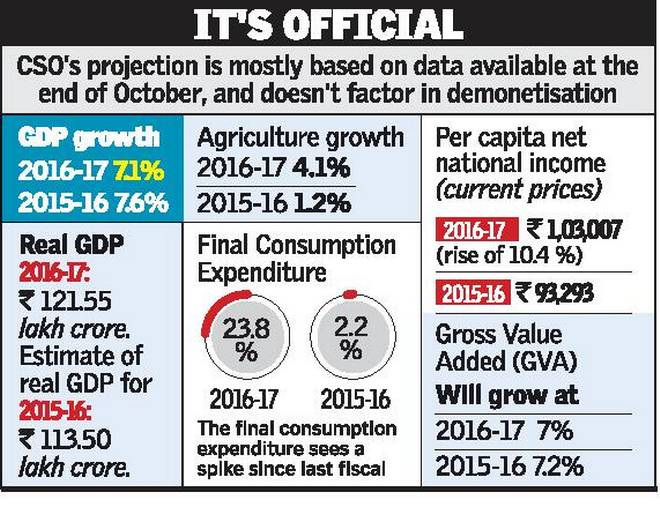 The Hindu
1.  Clamping down on ordinance raj

The recent verdict of a seven-member Bench of the Supreme Court breaks new ground in highlighting the constitutional limitations on the cavalier resort to ordinances.

In fact, the recent verdict of a seven-member Bench of the Supreme Court widens the scope of judicial review of ordinances.

Ultimately, it is important to note that the courts can only define the boundaries between the use and abuse of power, but it is up to parties in the legislature to observe the limits of constitutional propriety and show that they have both the time and the will to enact laws.

1. Pension regulator gets it right on NPS

India and Kazakhstan on 6th January, 2017 signed in the national capital a Protocol to amend the existing Double Taxation Avoidance Convention (DTAC) between the two countries which was earlier signed on 9th December, 1996 for the avoidance of double taxation and for the prevention of fiscal evasion with respect to taxes on income.

Salient features of the Protocol are as under:

(i) The Protocol provides internationally accepted standards for effective exchange of information on tax matters. Further, the information received from Kazakhstan for tax purposes can be shared with other law enforcement agencies with authorisation of the competent authority of Kazakhstan and vice versa.

(ii) The Protocol inserts a Limitation of Benefits Article, to provide a main purpose test to prevent misuse of the DTAC and to allow application of domestic law and measures against tax avoidance or evasion.

(iv) The Protocol inserts service PE provisions with a threshold and also provides that the profits to be attributed to PE will be determined on the basis of apportionment of total profits of the enterprise.

(v) The Protocol replaces existing Article on Assistance in Collection of Taxes with a new Article to align it with international standards.

Which of the following statements is/are correct?
a) 1 only

Which of the following statements is/are correct?
a) 1 only

a) The Indian People

b) Prime Minister of India

d) All elected leaders of India