A corridor can be

Chairing a meeting to review the Indus Waters Treaty (iwt), following the terrorist attack on an army camp in Uri and now in Pulwama, Prime Minister Narendra Modi decided on greater use of the rivers allotted to India.

What is Indus Water Treaty?

Compromises from Indian side in the past

Large infrastructure projects are threatening ecosystems and livelihoods by diverting water and depriving rural populations of access to water, as they are being promoted in the name of drinking water provisioning.

Implementation and monitoring efforts have barely made any progress on Sustainable Development Goals that involve recognising trade-offs and synergies.

Why moving from MDGs to SDGs? 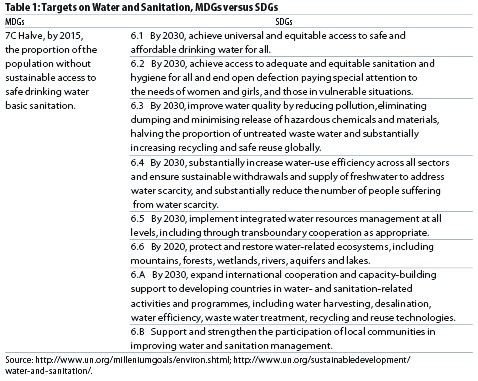 Meeting SDG targets, thus, requires recognising trade-offs and coordination across sectors and agencies. The SDG implementation efforts must bring in new actors, tools and indicators beyond those that have been involved with MDGs. As implementation efforts are just beginning, it is still possible to achieve a paradigm shift.

4. India and the Global Compact for Migration

Countries which are not happy with the compact

However what countries failed to realize was, According to the UN, the non-binding nature and the guiding principles of the GCM are meant to ensure the sovereignty of nation states to determine migration policies and management within their national boundaries with multi-stakeholder participation. The process of framing this compact was made transparent by ensuring the participation of member states, civil society and UN agencies in the two-year-long negotiations

What led to development of this compact?

Other important organizational moves in the past

India’s adoption of the GCM was surprising due to three aspects.

Even though India did not sign the Refugee Convention of 1951, the country treated a certain section of refugees with respect, including Tibetan and Afghan refugees. However, Sri Lankan refugees and other migrants from Bangladesh and Myanmar are treated differently.

There are several important aspects of migration missed out by the GCM objectives that have direct bearing on India.