Reason: that drunken driving was the main culprit for the large number of road accidents in the country.

Measures taken by other states: 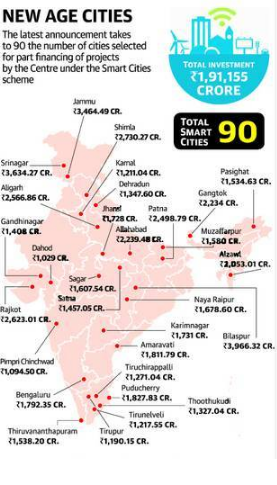 (Facts and figures not important)

What do farm loan waivers leads to?

Present demands and reasons behind them:

What if farm loans are not waived?

How this all started?

1. The city liveability Index which was in news recently is intended

The central government launched the “City Liveability Index” – a first of its kind initiative introduced by the Urban Development Ministry – to measure the quality of life in 116 major cities including capital cities and those with population over one million.

2. Consider the following statement with reference to Cartosat-2 series satellite, which was launched recently by ISRO

3. Who among the following established the Bhil Seva Mandal in 1922?

Amritlal Vitthaldas Thakkar Amritlal Vithaldas Thakkar, popularly known as Thakkar Bapa He was an Indian social worker who worked for upliftment of tribal people in Gujarat state in India. In 1922, he founded the Bhil Seva Mandal.

4. Which among the following temples of India is known as Black Pagoda?

Explanation: Sun Temple is a 13th century temple of Odisha, built by Narasimhadeva I of the Eastern Ganga Dynasty. It is also known as Black Pagoda. It’s a World Heritage Site. It is considered as architectural marvel for which Odisha, best known worldwide.