The ordinance passed by the Meghalaya government for mandatory registration of outsiders entering the State.

Evolution of the system:

2. ‘Data Protection Bill not in line with draft’

The Personal Data Protection Bill, 2019 was introduced in Lok Sabha by the Minister of Electronics and Information Technology in December 2019.

Rights of the individual:

Transfer of data outside India:

Sharing of non-personal data with government:

Amendments to other laws:

Bypassing the need for consent:

Autonomy to the government:

1. ‘IORA nations should build a common vision for Indo-Pacific’

Vision for the Region:

2. ‘Security ties with India a priority, but China a generous donor on infra’

The data presented by the Ministry of Jal Shakti in the Lok Sabha. 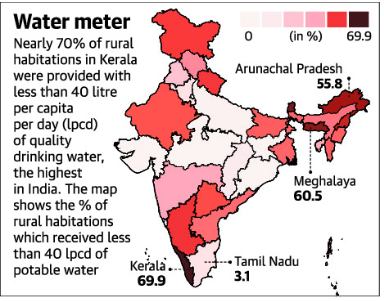 1. Why is the Northeast on the boil?

Protests over the Citizenship (Amendment) Act, 2019 in the states of Assam, Tripura, and Meghalaya.

Protection under the Sixth Schedule:

Concerns with the CAA:

The prognosis for the antitrust case: