1. Why only bureaucrats on information panels, asks SC

Details of the Report

What does Most Favoured Nation mean?

What does revoking MFN mean?

Will this hurt Pakistan?

Will the ‘emergency’ help to build the wall?

Mexican border wall – Will it help the US?

Challenges of the Gaganyaan

Brief Note on the Meras Platform:

A Closer Look at Saudi Arabia:

2. Pulwama attack: Most Favoured Nation status withdrawn, how Pakistan’s economy will be hurt

This editorial analysis takes into account two articles published in the Indian Express around the recent terror strikes in Jammu and Kashmir’s Pulwama district. These articles are as follows, “Pulwama attack: Most Favoured Nation status withdrawn, how Pakistan’s economy will be hurt”, and “Pulwama attack: Like Iran, why India must be wary of Pakistan-aided US-Taliban talks”.

What is Most Favoured Nation (MFN) status?

Despite these restrictions, India continues to maintain a substantial trade surplus with Pakistan.

Controversy over reciprocal status for India:

Move to withdraw the MFN status:

Examining the terror attack in Iran with that at Pulwama:

A Perspective on the Jaish ul Adl:

Details of the Vande Bharat Express 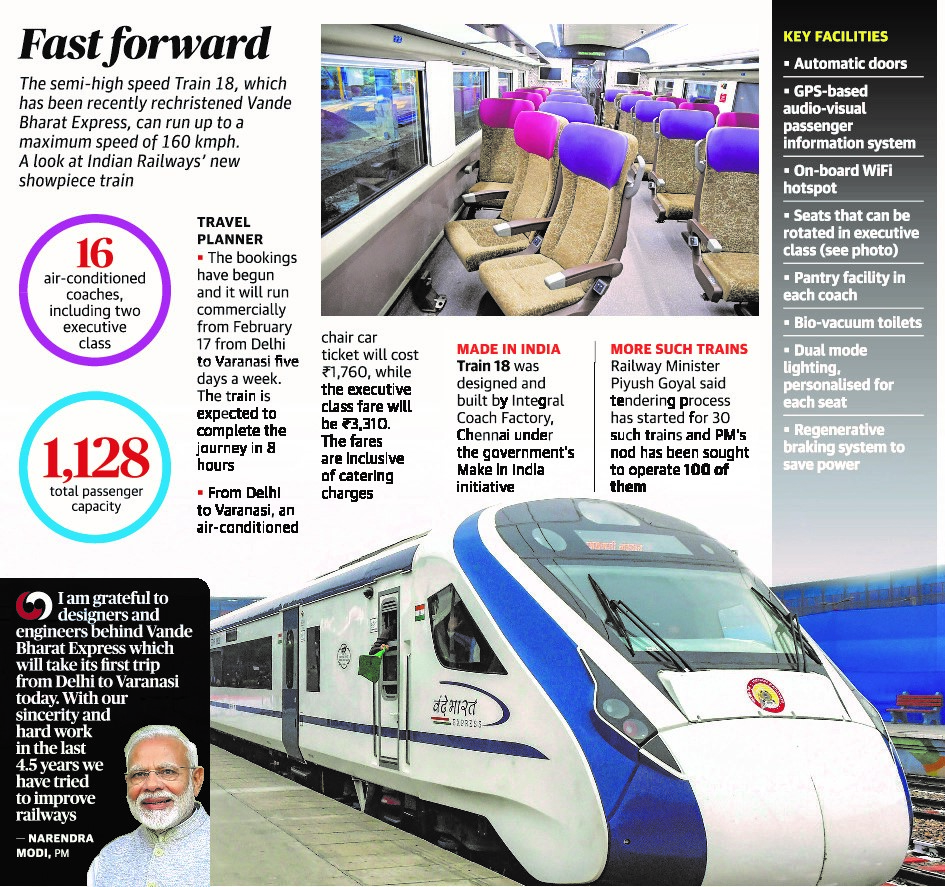 Supreme Court has recently set up a panel headed by retired SC Judge Amitava Roy Panel to look in to prison reforms and decongest crowded jails. The panel will examine way and means to prevent violence against inmates, get the required legal aid and rehabilitate them. It will also examine the feasibility of setting up more open prisons.

It is a device developed by the National Environmental Engineering Research Institute (NEERI), Nagpur-based laboratory of the Council of Scientific and Industrial Research (CSIR).

None of the above

The Supreme Court has removed provisions on adultery in IPC and CrPC, and subsequently decriminalised adultery. The top court said that Adultery can be a civil wrong and a ground for divorce but it cannot be a criminal offence. The court said Section 497 is violative of right to equality and right to equal opportunity to women and disallows them from making their own choices. The court pronounced four sets of concurring Judgements to declare as unconstitutional the penal provision on adultery and Section 198 of the Code of Criminal Procedure (CrPC) that deals with prosecution of offences against marriage. Section 497 is a clear violation of fundamental rights granted in the Constitution and there is no justification for the continuation of the provision.