Difference between between Delhi and New Delhi

Difference between Delhi and New Delhi is explained here in detail.

Delhi, officially the National Capital Territory of Delhi (NCT), is a city and a Union Territory of India containing New Delhi, the capital of India.

New Delhi is an urban district located in the city of Delhi. New Delhi serves as the capital of India and the seat of all three branches of the Government of India.

For comprehensive information on the dates and structure of the Civil Services Exam, candidates can visit the given link IAS Exam. 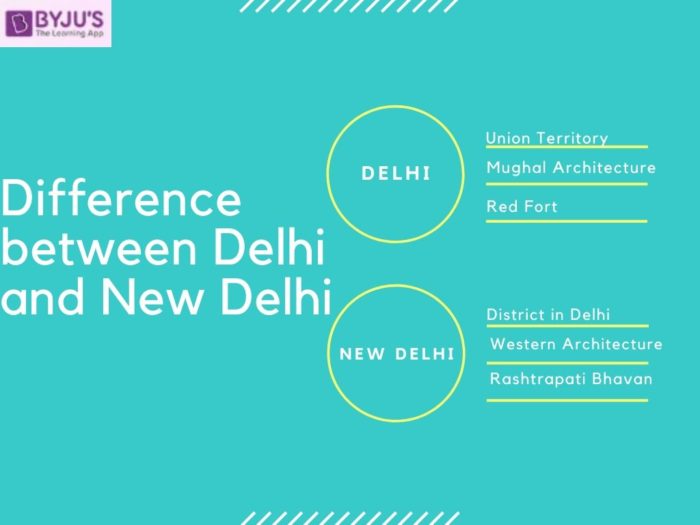 The major differences between Delhi and New Delhi are:

After learning about the differences between Delhi and New Delhi, refer the below-given links for better understanding of Ancient, Medieval and Modern Indian History.

What is the difference between Old Delhi and New Delhi?

Old Delhi is the most historic part of the metropolis, with its origins dating back to the time of the Moghuls. In contrast, New Delhi was designed by the British during colonial times, with much of the architectural work being down to Edwin Lutyens in the 1920s and 1930s.

Why did the British shift their capital to New Delhi?

The British originally ruled India from Calcutta, but moved the capital to the newly built district of New Delhi in 1911 because of the city’s symbolic value in India.

Before preparing a study timetable for the Civil Services exam, candidates should have a thorough knowledge of the Syllabus of UPSC.