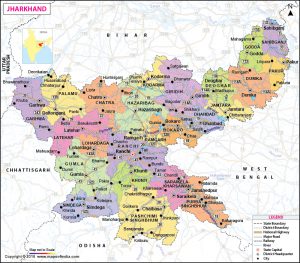 On 30th July 1995, the Jharkhand Area Autonomous Council was established and seen as a major step up towards the formation of a separate state of Jharkhand.

In this section, you can read a brief history of the State of Jharkhand, very useful for the UPSC civil services exam.