Rajya Sabha TV programs like ‘The Big Picture’, ‘In Depth’ and ‘India’s World’ are informative programs that are important for UPSC preparation. In this article, you can read about the discussions held in the ‘Big Picture’ episode on “TikTok, Other Chinese Apps Banned” for the IAS exam. 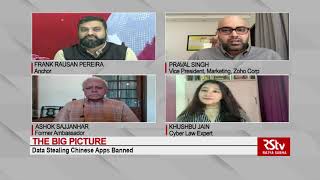 What is the relevance of this ban?

How difficult it is to ban these Apps

Can the order be challenged?

What’s the alternative? Is it easy to develop apps on a similar scale such as – TikTok, WeChat?

The impact of the ban has to be understood in 3 aspects. All three segments have been impacted but very differently.

Other countries have made similar cyber threat claims against China

Impact on the larger picture of Sino-Indian ties

Data, as we all know, is the new gold. What are the challenges in safeguarding it?

Is this a new opportunity as far as the Indian IT sector is concerned?