The Central Bureau of Investigation (CBI)

Functions and powers of CVC 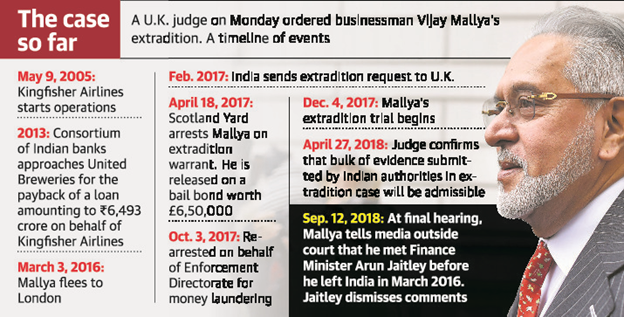 The internationally accepted conditions for extradition

The extradition laws of India

Details of the Petition

The events preceding the Governor’s resignation

A couple of examples come to light:

A Perspective on Interventions Made:

Experts suggest three interventions to which the funding for surveillance technology should be redirected.

Further, new guidelines by the World Health Organization (WHO) recommend the use of bedaquiline and delamanid against drug-resistant TB. However, till date, only about 30,000 people have received the new drugs; compare this to the over 500,000 people who get sick with drug-resistant TB every year.

Experts point out that international institutions, donors and countries need to focus and collaborate on the urgent production and distribution of affordable generics of bedaquiline and delamanid.

2. Too much screen time affects brains

3. In China, cockroaches put on job to crunch kitchen waste

4. ‘Many combination drugs not approved by regulator’

The Commission is established for a fixed tenure and works as an advisory body to the Ministry of Law and Justice.

Which of the above pair(s) is/are correctly matched?

Punjab cabinet has proposed to amend Section 295A of Indian Penal Code. Section 124A of IPC is related to sedition charges.