A study of DNA from skeletal remains excavated from the Harappan cemetery at Rakhigarhi argues that the hunter-gatherers of South Asia, who then became a settled people, have an independent origin.

The National Commission for Protection of Child Rights (NCPCR), is visiting 117 Aspirational Districts to hold public meetings on complaints affecting children pertaining to education, health and nutrition as well as lack of infrastructure.

The Supreme Court has asked the Union government to respond to petitions challenging its decision to amend the draconian Unlawful Activities (Prevention) Act giving it powers to categorise anyone as a terrorist.

A Bench led by Chief Justice of India (CJI) Ranjan Gogoi issued notice to the Centre on petitions filed by Sajal Awasthi and NGO Association for Protection of Civil Rights, which said the amended law allowed the government to freely encroach upon the fundamental rights of dignity, free speech, dissent and reputation.

India and South Korea concluded a military logistics agreement during the ongoing visit of Defence Minister Rajnath Singh to Seoul.

This foreign cooperation initiative would greatly help interoperability. India will be able to get assured logistic support when it operates in the Indo-Pacific in the ports of South Korea. Such agreements extend the reach, presence and sustainability of Navy ships when deployed at great distances from home ports.

1. Prepare plan for protection of the Great Indian Bustard: NGT

The National Green Tribunal has directed the Centre to prepare a time-bound action plan within two months for protection of Great Indian Bustard.

Unveiling the ‘Act Far East’ policy to boost India’s engagement with the Russian region, at the plenary session of the Fifth Eastern Economic Forum (EEF), PM Narendra
Modi announced a $1 billion line of credit for the development of the resource-rich region (Russian Far East). 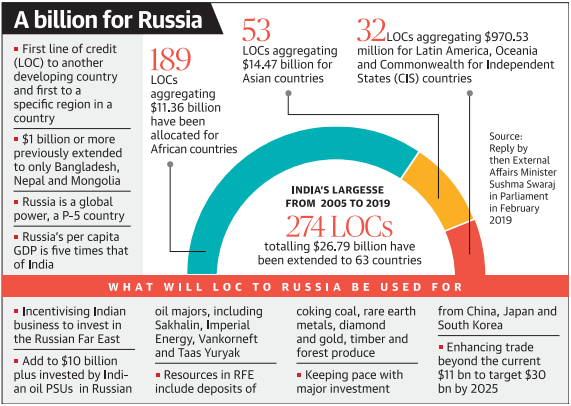 What has the EEF achieved till now?

The investment in the Far East, which is often neglected given that Russia is seen as a European power in the post-Soviet era, also underlines India’s desire to draw Russia into its strategic forays in the Indo-Pacific.

The latest action by the Trump administration raises at least two sets of issues.

The first concerns its pursuit of unilateralism. The country has challenged the framework of multilaterally agreed rules in two ways —

Second, nearly a year and a half after the trade war was officially announced in Washington, one question that begs an answer is:

This could spell disaster for US economy

The great Indian bustard (Ardeotis nigriceps) or Indian bustard is a bustard found on the Indian subcontinent. It is a large bird with a horizontal body and long bare legs, giving it an ostrich like appearance. These birds are often found associated in the same habitat as blackbuck.

National Commission for Protection of Child Rights is a statutory body.

Craniopagus is a medical condition where twins are born with fused brain and skull. Craniopagus twins are conjoined twins that are fused at the cranium.