Atmospheric circulation and weather systems are important concepts for the UPSC exam Geography segment. Questions can be asked from these topics in both the UPSC prelims and the UPSC Mains exams. In this article, you will find relevant notes on this topic for the IAS exam.

It is defined as the force exerted by the weight of the air molecules above the earth’s surface per unit area. Atmospheric pressure is higher at the surface of the earth due to the gravitational force. The pressure decreases with height and at any elevation, it varies from place to place. This variation is the primary cause of air motion (wind) which moves from high-pressure area to low pressure area. 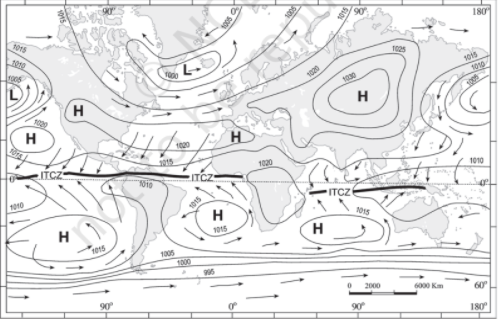 These are zones of homogeneous pressure. There are a total of seven pressure belts on the globe. 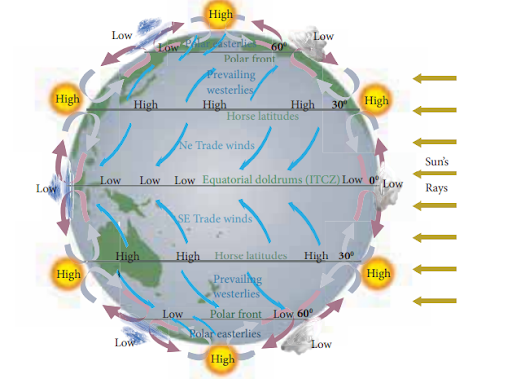 These pressure belts are not permanent in nature. They oscillate with the apparent movement of the sun. In the northern hemisphere in winter they move southwards and in summer they move northwards.

General Circulation of the Atmosphere 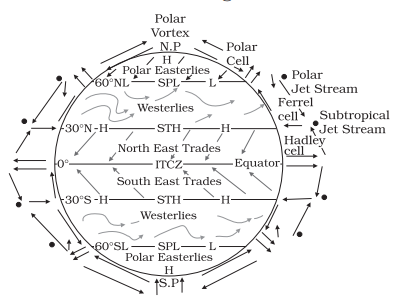 These cells – Hardley, Ferrel and Polar cells set the pattern for the general circulation of the atmosphere.

During the day, the land heats up faster than water and the air over the land warms and expands leading to the formation of a low pressure zone. At the same time, the air over the ocean is comparatively cool because of water’s slower rate of heating and forms a high pressure area. Thus, the pressure gradient from sea to land is created and the wind blows from sea to the land as the sea breeze. In the night, the reversal of condition takes place. The land loses heat faster than the sea and is cooler than the sea. The pressure gradient is developed from the land to the sea and this results in land breeze. 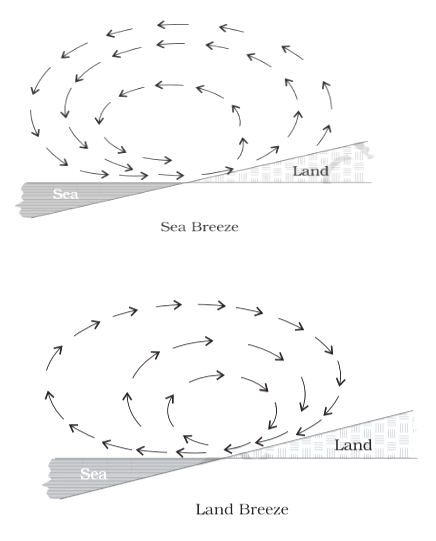 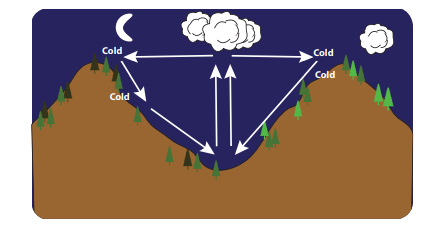 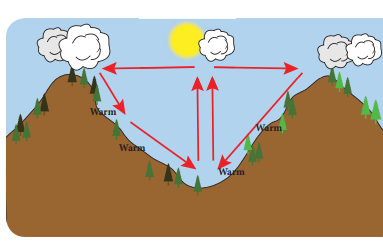 Tertiary winds are formed due to pressure gradients which may develop on a local scale due to differences in the heating and cooling of the earth’s surface. Local winds are tertiary winds that blow only during a particular period of the day or year in a small area. Such winds blow locally and are confined to the lowest levels of the troposphere. An air mass is defined as an immense body of air several kilometres in length, breadth and thickness, with little horizontal variation in temperature and moisture. When the air remains over a homogeneous area for a sufficiently long time, it acquires the characteristics of the area. The homogenous regions can be the vast ocean surface or vast plains and plateaus.

When two different air masses (different physical properties like temperature, humidity, density, etc.) meet, the boundary zone between them is called a front. The fronts occur in middle latitudes (30°-60° N and S) and are characterised by steep gradients in temperature and pressure. They are uncommon in tropical and polar regions.

There are four types of fronts – 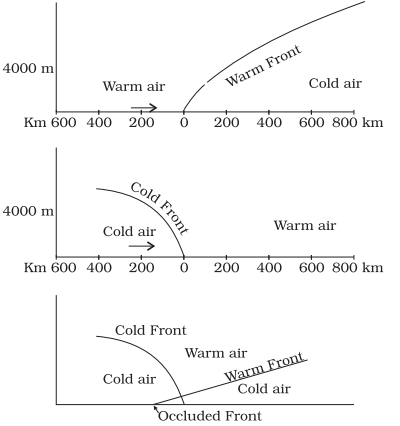 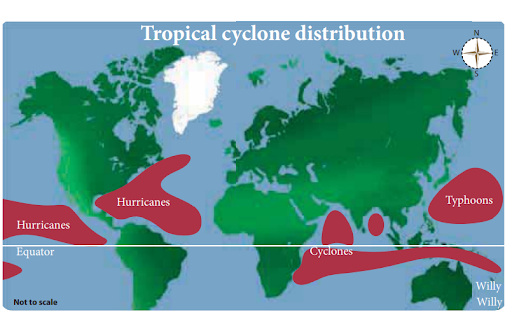 Factors favourable for the formation of tropical cyclones 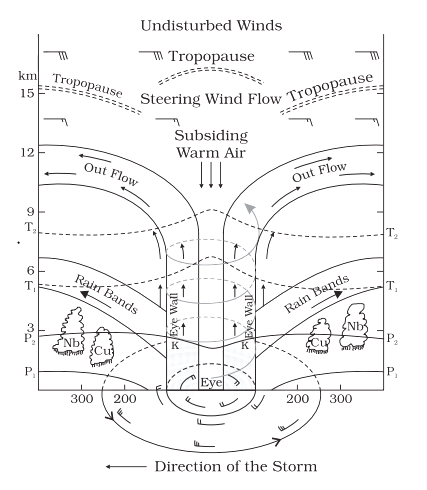 Read more on Tropical Cyclones in the linked article.

Read more on temperate cyclones in the linked article.