The BIMSTEC states are those which are on the shore or are adjacent to the Bay of Bengal and are dependent on it. It was formed on 6th of June 1997, through the Bangkok declaration and is headquartered at Dhaka in Bangladesh.

The topic is important for IAS Exam from the perspectives of both prelims and mains. It is covered under Mains GS-II “Bilateral, Regional and Global Groupings and Agreements involving India and/or affecting India’s interest,” section. 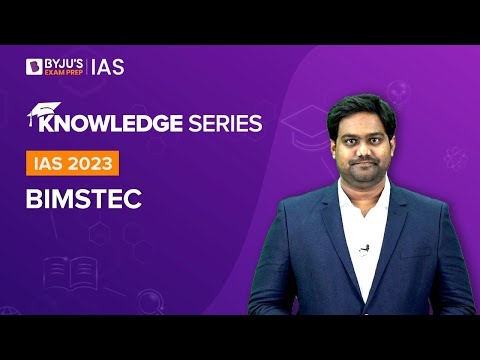 Technological and economical cooperation among south Asian and South East Asian countries along the coast of the Bay of Bengal.

The grouping is a bridge between South Asia and South-East Asia and constitutes a reinforcement of relations between the seven countries. It is of utmost significance to India as it is major support in implementing its Act East Policy and the development of its ambitious ‘Sagar Mala’ project.

BIMSTEC, in its first, held a conference on “combating drug trafficking” in New Delhi in February 2020.

Refer to the links below and analyse the bilateral relations of India with other BIMSTEC countries:

Also, read about the First BIMSTEC Disaster Management Exercise that was conducted in Odisha, between February 11 and 13, 2020, at the linked article.

How BIMSTEC is Important for India?

How many countries are in BIMSTEC?

Which country hosted the BIMSTEC  meeting 2021?

The 17th BIMSTEC Ministerial Meeting was held on 1st April 2021. It was chaired by Sri Lanka and was held in a virtual mode with the participation of all BIMSTEC Member State. The decision regarding the 5th BIMSTEC summit 2021 was also discussed by all member states and Sri Lanka is scheduled to hold the summit in the coming few months.

When was the 4th BIMSTEC Summit held?

Where was the first BIMSTEC summit held?

Where is the Headquarters of BIMSTEC?

UPSC aspirants can refer to the RSTV debate on BIMSTEC and also on the comparison of roles of BIMSTEC and SAARC, from the links mentioned below: