Difference between De Facto and De Jure is explained here in detail.

The difference between De Facto vs De Jure given here can help the UPSC Civil Service exam aspirants to understand the basics better and know their comparisons thoroughly. 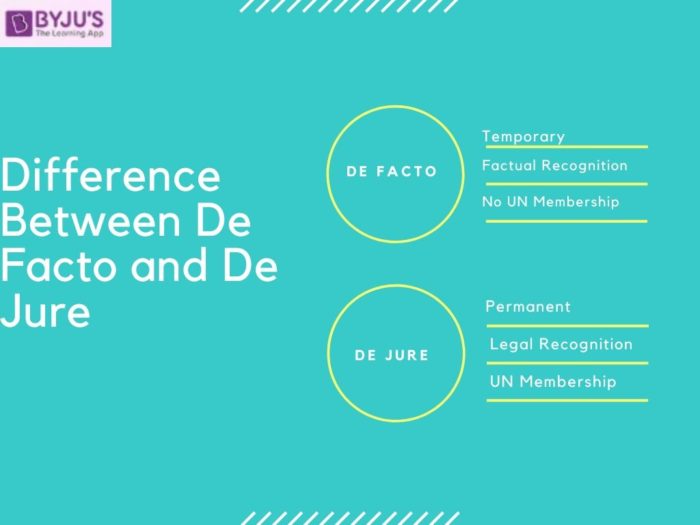 The major differences between de facto and de jure are:

These are the main differences between De Facto and De Jure. The differences given in the above table can help the UPSC Civil Service Exam aspirants to answer any related questions easily in the exams.

Also, read the Important Indian Polity notes for UPSC Civil Service Exam. To further strengthen the preparation for the civil service exam, learn about the Constitution of India including the important features, amendments and preamble. Visit the below-given links to learn about the Law Optional for Civil Service Exam, Indian Polity Notes, and Constitution of India in detail along with other information.

What country is an example of De Facto?

What is the difference between de jure and de facto method?