Alexander the Great was a king and general of ancient Macedonia who went on to conquer large parts of the known world, his empire extending from Greece to the eastern fringes of ancient India.

He is legendary for his military prowess and regarded as an architect of the cultural exchange between the Western and Eastern world which would have a profound impact on world history for years to come.

This article will give details about Alexander the Great within the context of the Civil Services Examination.

The early life of Alexander the Great

Alexander III was born to King Philip II and Queen Olympias in 356 BC at Phela, Macedonia

Around the time of Alexander’s birth, the Greek states south of Macedonia were a collection of squabbling states always in perpetual war with each other. They took little notice when Philip II became the ruler of Macedonia and began a military transformation of his country that would overwhelm Greece in the coming years.

When Alexander was 13, Philip called on the great philosopher Aristotle to tutor his son. Aristotle sparked and fostered Alexander’s interest in literature, science, medicine and philosophy.

Find the list of important events from 3000 BC to 1950 AD by visiting the linked article.

Alexander was 16 when Philip decided to got to war with Greece. At the battle of Chaeronea in 338 BC, Philip’s army defeated a combined Greek force, conquering the country. Alexander proved his military might when he led a cavalry section against a supposedly invincible infantry detachment – the Sacred Band of Thebes. His cavalry annihilated them completely

Philip II, having united the Greeks and Macedonians under him, wanted to fulfil his lifetime ambition of conquering the Persian Achaemenid Empire. But it was not to be. He was assassinated in 336 BC and the throne passed on Alexander.

In 334 BC, Alexander led his army against the Persians, in order to not only conquer their lands but also to replenish his treasuries with their great wealth. In 333 BC, he defeated Persian King Darius III at the battle of Issus.

Next, Alexander took over the Phoenician cities of Marathus and Aradus. He rejected a plea from Darius for peace and took the towns of Byblos and Sidon.

He laid siege to Tyre in January 332 BC despite a lack of a navy Alexander employed his ingenuity to take the city. Building a causeway which brought his siege weaponry within striking distance On 332 BC the city fell to his forces.

He later marched into Egypt whose people recognised him as a living-god.

After conquering Egypt, Alexander faced Darius and his massive troops at Gaugamela in October 331 B.C. Following fierce fighting and heavy losses on both sides, Darius fled and was assassinated by his own troops. It’s said Alexander was sad when he found Darius’s body and he gave him a royal burial.

To lend legitimacy to his rule and strengthen the ties between the Hellenistic and Persian world. Alexander adopted Persian customs, including them in the government as well as marrying Persian Princesses much to the chagrin of his fellow Macedonians and Greeks.

Although he had conquered the Persian Empire like his father wanted to, Alexander had far more lofty ambitions. He wanted to conquer the very ends of the Earth itself. India, in his mind, represented such an end.

In 327 BC Alexander marched on modern-day Punjab where he encountered the various Indian tribes living in the region. Some surrendered peacefully while others put up a fight. He encountered kingdoms which submitted to his army but he later came upon King Porus (known as King Paurava in Indian sources) at the banks of the Hydaspes (Jhelum) River.

In the subsequent battle that followed King Porus was defeated but so valorously he had fought that Alexander was impressed enough to return his entire kingdom to him intact. Alexander wanted to press on further but his troops had enough of battles. Their run-in with Porus had only increased their dread of facing another army armed with elephants. Rumours floated freely that the Maghada Empire to the east was about to bear down on them and this army was supposed twice the size of the force Porus had fielded.

To know more about Persian and Greek Invasion of India for UPSC History, visit the linked article

In addition, his army had not seen their homes or families ever since they left Greece decades ago. His soldiers finally convinced him to return to Persia. So Alexander led his troops down the Indus River and was severely wounded during a battle with the Malli tribe.

After recovering, he divided his troops, sending half of them back to Persia and half to Gedrosia, a desolate area west of the Indus River.

Later Life of Alexander and Legacy

Alexander returned to Persia in 324 BC, where he celebrated his victories in India by taking more Persian wives. He also set about in creating an administration system which would govern his vast empire.

But before he could see the full fruition of his policies he would contract a fever in 323 BC. The fever would eventually lead to his death in the same year. Naming no heir to his empire, his generals began to fight among themselves for their share. His empire was divided among many of his generals with Cassander in Greece, Ptolomy in Egypt and Seleucus Nicator in Persia emerging as the most powerful. Seleucus would later lose his eastern holdings in India when Chandragupta Maurya of the Mauryan Empire would defeat him in battle.

For his military prowess and tactical brilliance, Alexander earned the title ’Great’ as his empire overshadowed that of his own father. Stretching from Greece in the west to Punjab in India it was one of the largest empires the ancient world had seen, even outshining the Roman Empire which would emerge later. It helped spread Greek culture far and wide leading to a new stream of thought between various cultures of the empire. today Alexanders legacy lives on in many of the city he founded during his conquest, one of them being Alexandria of Egypt. 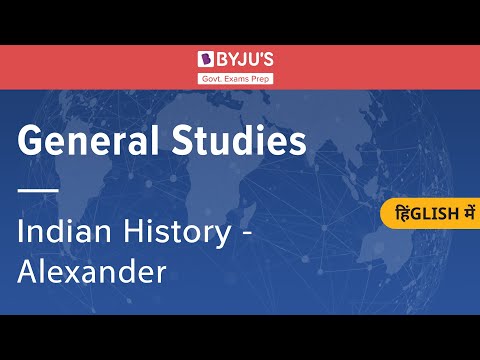 What is Alexander the Great known for?

Although king of ancient Macedonia for less than 13 years, Alexander the Great changed the course of history. One of the world’s greatest military generals, he created a vast empire that stretched from Macedonia to Egypt and from Greece to part of India. This allowed for Hellenistic culture to become widespread.

What is Alexander’s cultural legacy?

Alexander’s legacy includes the cultural diffusion and syncretism which his conquests engendered, such as Greco-Buddhism and Hellenistic Judaism. He founded more than twenty cities that bore his name, most notably Alexandria in Egypt. Alexander’s settlement of Greek colonists and the resulting spread of Greek culture resulted in Hellenistic civilization, which developed through the Roman Empire into modern Western culture.