Difference Between the Non-Cooperation Movement and Civil Disobedience Movement

The non-cooperation and the civil disobedience movements were landmark moments during  India’s independence struggle. Both played a key role in ensuring that India’s independence from British rule was guaranteed on 15th August 1947 and both were the brainchild of Mahatma Gandhi.

Although both the movements had the complete independence of India in mind, the manner in which they were executed and the methodology employed were remarkably different.

The non-cooperation movement sought the attention of the British colonial authorities by bringing the government to a standstill.

The civil disobedience movement sought to paralyze the government by breaking a specific set of rules and administration. 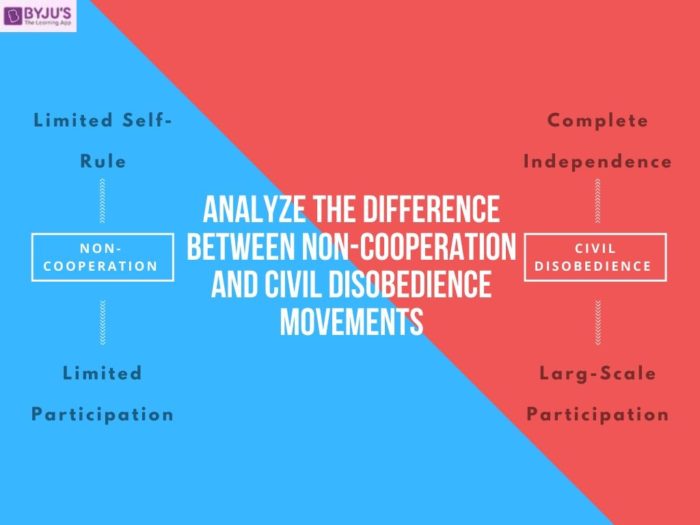 The differences between the non-cooperation movement and civil-disobedience movement are given in the table below:

Differences between the Non-cooperation and Civil-Disobedience Movements

Both the Non-cooperation movement and civil disobedience movement are covered under the  Modern Indian History segment of the UPSC Exams. The following links will help candidates with the segment: