Jatin Kishore, a native of Delhi, secured the second rank in the All India Civil Services exam 2019. The UPSC civil services exam is attempted by lakhs of aspirants every year, but only a handful make the cut at the end. Find out how IAS topper Jatin Kishore realised his IAS dream in this article. 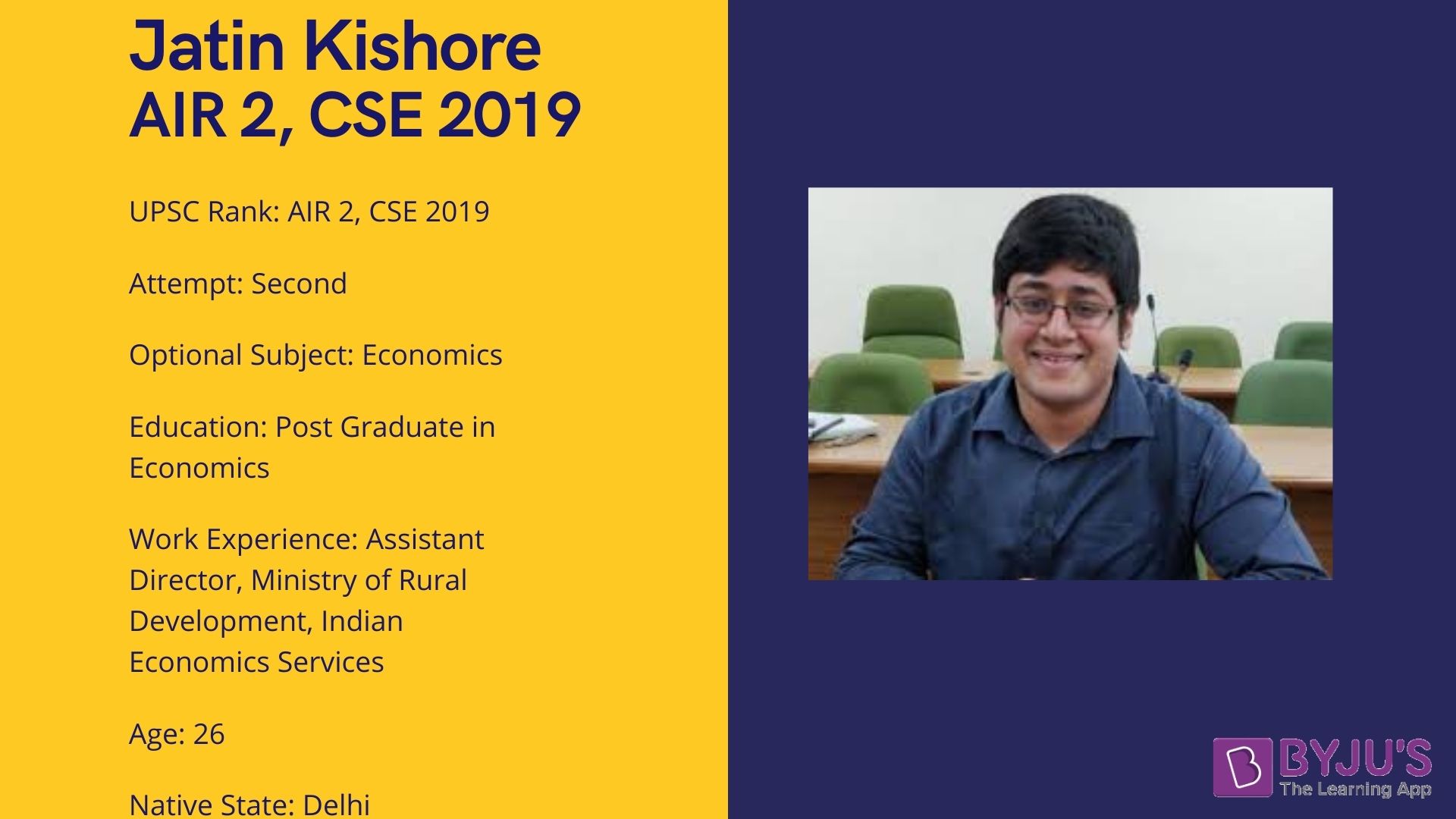 26-year old Jatin Kishore is a resident of Delhi and completed his education from the city. After finishing school from Birla Vidya Niketan, Kishore pursued his graduation in economics from St. Stephen’s College. After that, he completed his postgraduate degree in the same subject from the prestigious Delhi School of Economics.

Kishore achieved the amazing rank of AIR 2 in his second attempt. What makes this special is that in his first attempt, he had failed to even clear the UPSC Prelims. In 2018, Jatin Kishore had secured the first rank in the Indian Economics Services (IES) exam. When the UPSC results 2019 were announced, Kishore was posted as an Assistant Director with the Ministry of Rural Development.

Kishore says that it is natural to feel bad when your attempts don’t yield results, but it is important not to stop trying. He credits his family’s support for his stupendous IAS success story. His father is an employee of the Revenue Department while his mother is a teacher.

Jatin Kishore shares a few of his preparation strategy points for fellow aspirants.

UPSC Topper Jatin Kishore prefers the AGMUT cadre but says he is ready to serve anywhere in India.