Land reforms in India is an important topic in the Civil Service exam preparation. This article is a comprehensive one, touching upon all the points that one has to know about Land Reforms in India from the UPSC exam perspective.

“Land is not merely soil, it is a fountain of energy flowing through a circuit of soils, plants and animals.” – Aldo Leopold 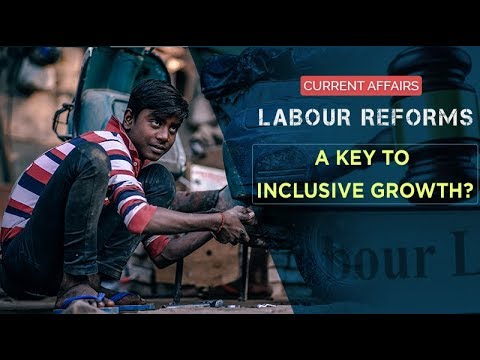 Traditionally, in India before the coming of the British, private ownership of land was an unfamiliar idea. Land was generally owned by the village community collectively. A proper land revenue system was initiated by Todar Mal during the reign of Akbar. Under this system, land was measured, classified, and the rent was fixed accordingly. When the leash of power went into the hands of the British, a sea-change was seen in the pattern of ownership of land in India.

Lord Cornwallis introduced the Permanent Settlement in 1793. Under this system, a class of landlords called Zamindars was created whose responsibility it was to pay a fixed rent to the government for the lands they owned. They gave out parcels of land to farmers who became their tenants. Their title to the land was hereditary. What was intended as a system beneficial for all parties concerned soon turned out to be exploitative? The State was only concerned with maximising revenue with minimum effort. The Zamindar too wanted maximum rent from his tenants irrespective of the land’s true potential. He could increase his own wealth by extracting most out of his farmer tenants since his due to the State was fixed. In addition, several layers of intermediaries were created between the Zamindar and the tenants adding to the burden. The landless farmers and labourers suffered greatly in poverty. Also, this led to the creation of a group of rich Indians whose loyalty lay largely with the British. As you can see the Permanent Settlement gave rise to the Zamindari system of tenancy in Bengal and soon was adopted in other regions.

Another system was called the Jagirdari system which was similar to the Zamindari system.

Under this system, the proprietor of land gave the rent and taxes directly to the government in the absence of any middlemen. This started in Madras and was later adopted in Bombay as well.

This system was introduced by William Bentinck’s government under which landlords were responsible for the payment of revenue to the State. These landlords or Zamindars had a whole village or a group of villages under their control. The Mahalwari system prevailed in UP, the North Western Province, Punjab and parts of Central India.

Outcomes of landowning systems during the colonial era

These systems created, at the time of independence, a class of landlords who owned large swathes of land and innumerable peasants who owned nothing and lived in dire poverty and misery. The following figures will reveal this.

7% of the landowners owned 54% of land. In contrast, only 6% of land was owned by 28% of landowners (with marginal and sub-marginal holdings).

Land reforms refer to the regulation of ownership, operation, leasing, sales, and inheritance of land.

Objectives of land reforms after independence

Land is the basis of all economic activity and for a largely agrarian society like India; this carries a lot of import.

Indian rural society is symbolised by a rich landowning minority (zamindars/landlords) and an impoverished landless majority (peasants). Therefore, land reforms are a vital step towards economic and social equality.

Out of these the major objectives post-independence were abolition of intermediaries, regulation of tenancy, land ceiling, consolidation of fragmented holdings.

In India, the abolition of intermediaries who existed under the various British systems has largely been successful. The other objectives have yielded mixed results and vary across states and overtime periods. Land reforms come under the State List and so, the success of land reforms varies from state to state. The most comprehensive and successful reforms took place in the communist strongholds of Kerala and West Bengal. Andhra Pradesh, Madhya Pradesh and Bihar saw inter-community clashes as a result of land reforms.

India has seen four ‘experiments’ since independence to redistribute the landholdings. They are:

Initially, when these acts were passed in various states, they were challenged in the courts as being against the right to property enshrined in the Indian Constitution. So, amendments were passed in the Parliament to legalise the abolition of landlordism. By 1956, Zamindari abolition acts were passed in many states. As a result of this, about 30 lakh tenants and share-croppers acquired ownership rights over a total of 62 lakh acres of land all over the country.

Land ceiling refers to fixing a cap on the size of landholding a family or individual can own. Any surplus land is distributed among landless people like tenants, farmers, or agricultural labourers.

This focused on three areas:

The powerful class of Zamindars and Jagirdars cease to exist. This reduced the exploitation of peasants who now became owners of the land they tilled. This move was vehemently opposed by the Zamindars who employed many means to evade the law. They registered their own land under their relatives’ names. They also shuffled tenants around different plots of land so that they wouldn’t acquire incumbency rights.

With a cap on the size of landholding, an individual/family could hold equitable distribution of land was possible to an extent. With only landlord abolition and no land ceiling, the land reforms would not have been at least partially successful. Land ceiling ensured that the rich farmers or higher tenants did not become the new avatar Zamindars.

Land is a source of not just economic income but also social standing. Land reforms made it mandatory to have records of holdings, which was not the case previously. It is also compulsory to register all tenancy arrangements.

More land came under cultivation and since tillers themselves became the landowners, productivity increased.

Land reforms were largely successful in the states of West Bengal and Kerala because of the political will of the left-wing governments to implement them efficiently. There was a sort of revolution in these places in terms of landholding patterns and ownership, and also the condition of peasants. The backing slogan was ‘land to the tiller’. In Jammu and Kashmir also, there was partial success in the redistribution of land to landless labourers.

Land reforms also include agrarian reforms which deal with measures to improve the productivity of land, especially agricultural land. This includes the Green Revolution.

To fix the various loopholes in the land reforms, in the late 60s and early 70s, the recommendations of the Central Land Reforms Committee were implemented.

What was the purpose of Land Reforms in India?

Land distribution has been part of India’s state policy from the very beginning. Independent India’s most revolutionary land policy was perhaps the abolition of the Zamindari system (feudal landholding practices). Land-reform policy in India had two specific objectives: “The first is to remove such impediments to increase in agricultural production as arise from the agrarian structure inherited from the past. The second objective, which is closely related to the first, is to eliminate all elements of exploitation and social injustice within the agrarian system, to provide security for the tiller of the soil and assure equality of status and opportunity to all sections of the rural population.

What is land reform system?

Land reform (also agrarian reform, though that can have a broader meaning) involves the changing of laws, regulations or customs regarding land ownership. Land reform may consist of a government-initiated or government-backed property redistribution, generally of agricultural land.