NCERT notes on important topics for the UPSC Civil Services Exam. These notes will also be useful for other competitive exams like banking PO, SSC, state civil services exams and so on. This article talks about the contributions of the freedom fighter – Nana Saheb. 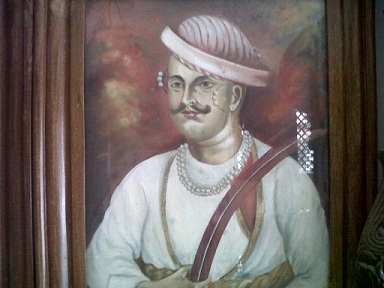 Nana Saheb/Sahib played a pivotal role in the Indian Revolt of 1857. He led the uprising at Kanpur (Cawnpore). Further details about his role his elaborated below.

Background
Role in the Revolt of 1857

Ans. Nana Saheb was refused his claim as the Peshwa by the Britishers. This had invoked anger and led to his participation in the Revolt of 1857. He along with some sepoys had attacked the British entrenchment at Kanpur and captured it. However, Britishers had managed to recapture Kanpur after defeating Nana Saheb and his forces.

Q 2. Why was Nana Saheb denied the claim of Peshwa by the Britishers?

Ans. As per the Doctrine of Lapse established by Lord Dalhousie, any Indian state under the control of the British without a hierarchical ruler shall be annexed by the British. Nana Saheb was the adopted son of the Peshwa Baji Rao II and even on being the wilful ruler of Marathas was denied the rightful claim by the British rule.