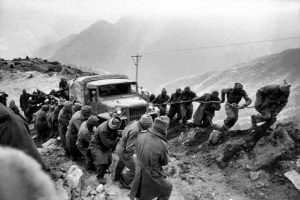 On 20 October 1962, the Sino-Indian war started with simultaneous Chinese offensives in Ladakh and along the McMahon Line. The war ended with a Chinese ceasefire a month later and a defeat for India.