1. Get real on Swachh: on manual scavenging

The Lok Sabha passed a Bill to declare the Indian Institutes of Information Technology (IIIT) established under the public-private partnership (PPP) route as Institutes of National Importance (INIs).

3. SC wonders whether privacy could be an absolute right

Context: The decision of the nine-judge Bench on whether privacy is a fundamental right or not will be pivotal to the petitioners’ challenge that Aadhaar, which mandates citizens to part with their biometrics, is unconstitutional. 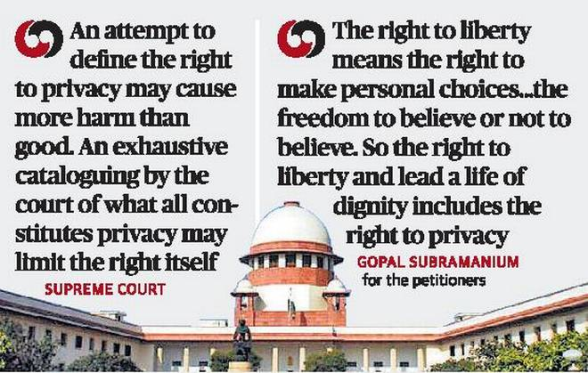 1. Australia and India: partners in regional security and prosperity

Areas that needs to be focused upon:

What Australia wants from India?

Aims to accelerate discovery research to early development for biopharmaceuticals.

GBD is based out of the Institute for Health Metrics and Evaluation (IHME) at the University of Washington and funded by the Bill and Melinda Gates Foundation.

NIIF is a trust registered under Indian Trust Act 1882.