1. Retirement spree in SC may affect efforts to scale down pendency

Syllabus: Structure, organization and functioning of the Executive and the Judiciary

Context: A number of judges of the supreme court are about to retire in recent months amidst the high pendency of cases in the Supreme court.

Nut Graf
The problem of pending cases before the country’s apex court is a well-known reality of the Supreme Court of India’s working process. With a large number of judges set to retire in the near future, a new reform model is required to alleviate the immense roadblock of pending cases and ensure timely justice.

Syllabus: Basics of cyber security and its prevention.

Mains: Need of a cybersecurity strategy for India and recommendations

Context: The Data Security Council of India (DSCI) has prepared a report focussing on different areas to ensure a safe and vibrant cyberspace for India.

Need of a cybersecurity strategy for India:

To implement cybersecurity in the above-listed focus areas, the report lists the following recommendations: 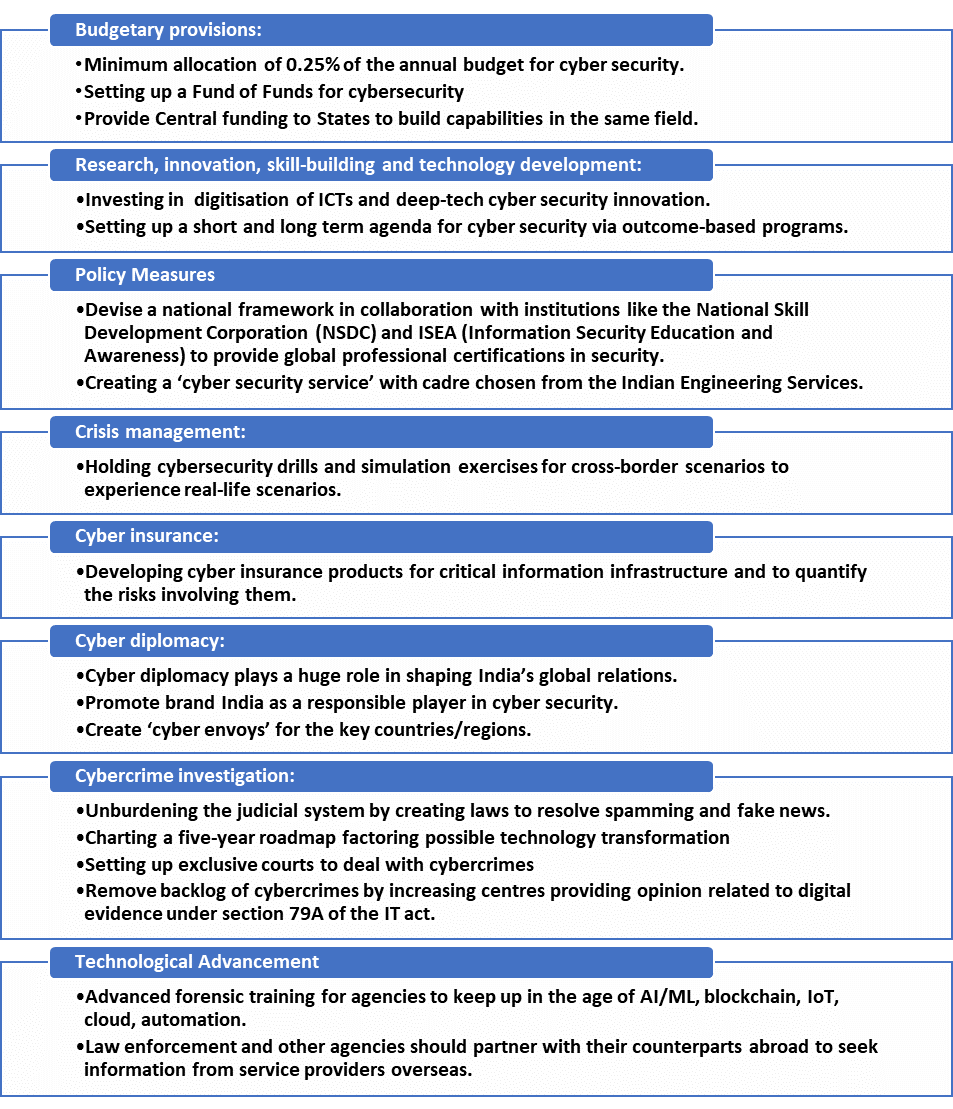 Nut Graf
Amid a surge in cyberattacks on India’s networks, the Center is yet to implement the National Cyber Security Strategy which has been in the works since 2020. India should implement a  national framework to look at addressing the issues of security of national cyberspace. Besides there is a need to coordinate with other countries to develop a global legal framework on cyber terrorism.

1. A north pole for science and technology

Mains: Goals and objectives for the use of science and technology

1. The functioning of the Enforcement Directorate

Context: This article examines the powers and functioning of the Enforcement Directorate (ED).

Sources of Powers of ED:

Working of the ED:

Other roles and functions of the ED:

Prelims: What is “poison pills”

Context: Recently, Elon Musk offered to buy Twitter. However, Twitter’s board is blocking the take-over bid with “poison pills”.

What is “poison pills”?