More than thirty-six years after the Karnataka Devadasis (Prohibition of Dedication) Act of 1982 was passed, the State government is yet to issue the rules for administering the law.

What is Devadasi System?

The states have to ensure a more inclusive socio-economic development. NLSUI has also mooted a legislative overhaul and a more pro-active role from State agencies to curb the Devadasi system. Providing these communities with basic education and making them economically empowered, along with sensitisation, would be the ideal way forward.

1. Chargesheet filed in sedition case against Kanhaiya, 2 others

Three years after “anti-India” slogans were allegedly raised on the Jawaharlal Nehru University (JNU) campus, the Delhi police submitted a chargesheet in the sedition case at the Patiala House Courts. The case pertains to the raising of “objectionable” slogans at the event in 2016 against the hanging of Parliament attack mastermind Afzal Guru.

Sedition laws vs Freedom of Speech and Expression:

A spiritual circuit linking 133 religious places spread over 14 districts in the State has been given the nod by the Union Ministry of Tourism under the Swadesh Darshan scheme.

What is National Security Act?

Narrowly tailored preventive detention laws with stringent judicial controls could be appropriate to counter threats, at least in times of particular unrest.

4. Chakma and Hajong communities in a spot

Indigenous groups in Arunachal Pradesh and Mizoram feel that the Citizenship (Amendment) Bill will legitimise claims of refugee groups.

The Supreme Court sought a response from the government to a batch of petitions seeking a declaration that the December 20 government notification listing 10 central agencies that can snoop on people is a violation of the fundamental right to privacy.

The Centre will offer about Rs. 150 crore as a technology innovation grant to build 6,000 homes – cheaper, faster and better – using alternative technologies and materials under the Global Housing Technology Challenge.

Only 12 lakh houses sanctioned under the PMAY (U) scheme have used one of the 14 alternative technologies already on CPWD’s approved list. It is opined that the technologies would still be optional for use, and there is no guarantee they would be adopted by private or government builders, or even used to construct PMAY homes. However, the states will be encouraged to use them; which would also require a mindset change. 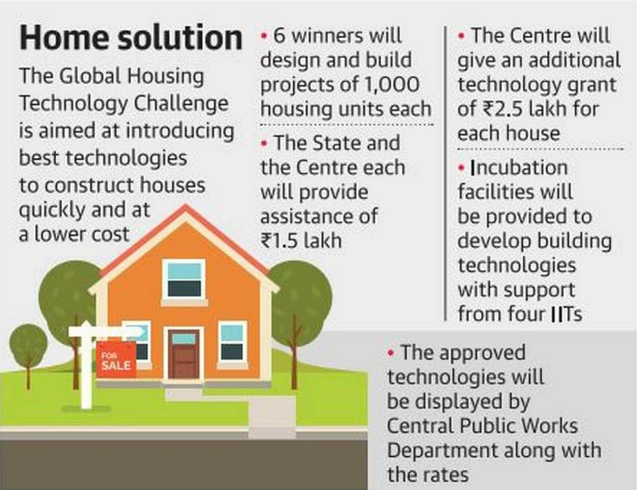 1. An open-air lab to study effects of climate change

In one of the most inhospitable places on Earth, the southernmost part of Chile’s Patagonia region, scientists are studying whales, dolphins and algae in order to help predict how climate change will affect the world’s oceans.

Research is being carried out to see how climate change can affect not just the baseline marine system, but also the large mammals, something that would have an impact on the region.

1. Sedition, once more (Alleged misuse of the law relating to sedition?)

What is Section 124-A of the Indian Penal Code?

Past Observations Made on Sedition:

What have they been accused of?

Purpose of the rulebook?

A Look at the Highlights:

2. Millions flock to Sagar Island in Bengal for Makar Sankranti

UDAN is not a 100% Centrally Sponsored Scheme but functions on viability gap funding mechanism.

Stagflation is a condition of slow economic growth and relatively high unemployment, or economic stagnation, accompanied by rising prices, or inflation. It can also be defined as inflation and a decline in gross domestic product (GDP).