1. Centre to set up peritoneal dialysis services under PMNDP

There are two main types of dialysis, which are hemodialysis and peritoneal dialysis.

A Constitution Bench of the Supreme Court has begun examining whether “greater restrictions” should be imposed on the right to free speech and expression of high public functionaries, including Ministers, to protect the citizen’s fundamental right to lead a dignified life.

Hong Kong’s legislature has formally withdrawn the planned legislation that would have allowed extraditions to mainland China.

The issue has been covered in the 5th September 2019 Comprehensive News Analysis. Click Here to read.

Scientists claimed to have achieved a near-mythical state of computing in which a new generation of machine vastly outperforms the world’s fastest super-computer, known as “quantum supremacy”.

What are Quantum computers used for?

Astronomers have found a massive galaxy, dating back to the early universe, lurking in cosmic dust clouds.

Significance of the discovery:

India will commission its first-ever survey to estimate the population and geographical range of the snow leopard.

In an effort to revive the troubled state-owned telecom firms BSNL and MTNL (Bharat Sanchar Nigam Ltd and Mahanagar Telephone Nigam Ltd.), the Union Cabinet has approved a package worth nearly Rs.70,000 crore. The Cabinet, chaired by Prime Minister Narendra Modi, has also given an in-principle nod for the merger of the two entities.

Significance of the move:

The editorial talks about the importance of high quality data collection, data infrastructure in the country and how India must avoid the danger of being hijacked by the poor quality of data.

While research on data collection methods has stagnated, research methodologies have changed phenomenally. Telephone surveys via random digit dialling or selection of respondents using voter lists are increasingly emerging as low-cost ways of collecting data. However, little is known about representativeness of such samples. It is the data that guides the policies affecting millions of Indians and must be faithfully collected. Unless systematic attention is paid to the data infrastructure, it is likely to have the national discourse hijacked by poor quality data.

1. A case against judicial recusal

Supreme Court judge Arun Mishra has refused to withdraw from heading a Constitution Bench re-examining his own judgment on compensation under Section 24 of the land acquisition law of 2013.

Recusal is the act of abstaining from participation in an official action such as a legal proceeding due to a conflict of interest of the presiding court official or administrative officer. It is the withdrawal of a judge, prosecutor, or juror from a case on the grounds that they are unqualified to perform legal duties because of a possible conflict of interest or lack of impartiality.

The author believes that a recusal in this case would set a dangerous precedent for future litigants to cherry-pick their benches and coerce judges they find unfavourable into stepping down. Such a position would severely undermine the administration of justice in the Indian legal system.

The Issue has been covered in 22nd October 2019 Comprehensive News Analysis. Click Here to read.

1. A pilot’s dream is set to take wing

SAFAR – the state of art Air Quality and Weather Forecast system was launched by the Ministry of Environment, Forest and Climate Change (MoEFCC). It is operationalized by the Indian Meteorological Department (IMD).

To read more about the National Commission for Women, Click Here.

This topic has been covered in 23rd October PIB Summary and Analysis. Click here to read.

The McMahon Line is the demarcation line between the Tibetan region of China and the North-east region of India. It runs from the eastern limit of Bhutan to a point near the Talu Pass at the trijunction of Tibet, India and Myanmar.  The demarcation was proposed by Henry McMahon at the Shimla Convention. 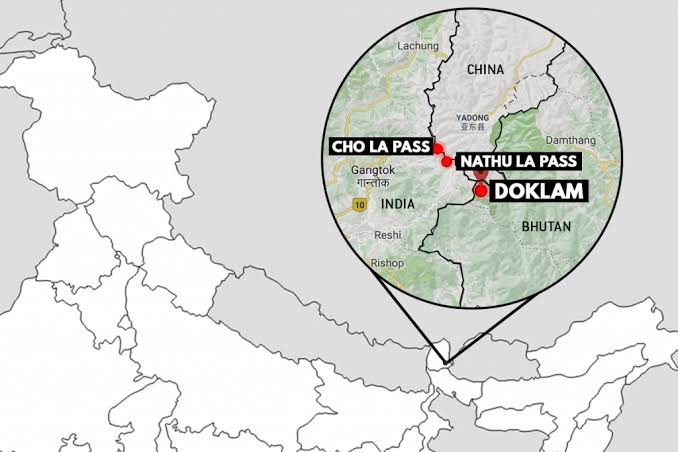