Utkarsh Dwivedi secured All India Rank 5th in UPSC CSE 2021. He hails from Indore, Madhya Pradesh. He became an IAS topper in his third attempt. Know all about Utkarsh Diwvedi’s family and educational background, optional subjects and preparation strategies for the civil services examination. 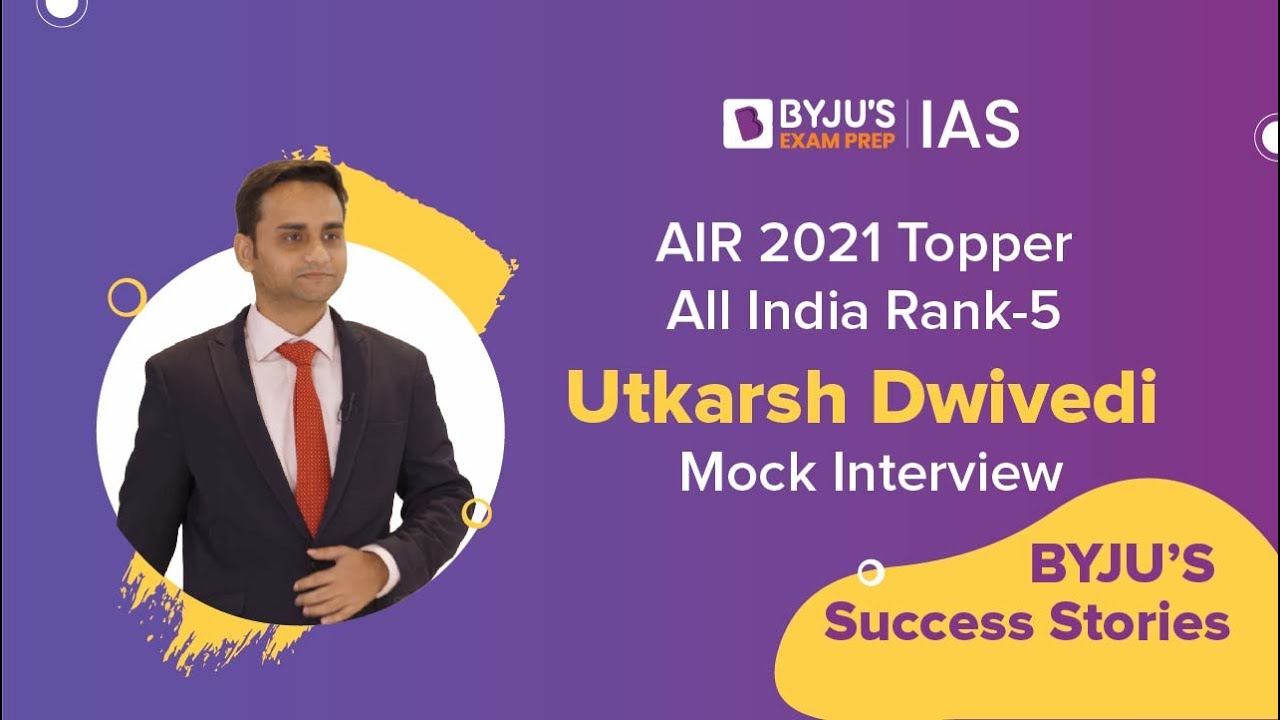 Click on the links in the table below to read more.

In the words of American civil rights champion Jesse Jackson, ‘If you fall behind, run faster. Never give up, never surrender, and rise up against the odds.’ Never lose sight of your goal. It is always worth waiting and trying again till you succeed. A lot of successful IAS toppers got through in their third and fourth attempts. Hopefully you will be the one in UPSC 2022.