Difference between Vedas and Upanishads

Difference between Vedas and Upanishads is explained here in detail.

The Vedas are a large body of religious texts originating in ancient India. Composed in Vedic Sanskrit, the texts constitute the oldest layer of Sanskrit literature and the oldest scriptures of Hinduism.

The Upanishads are late Vedic Sanskrit texts of religious teachings and ideas still revered in Hinduism. The Upanishads played an important role in the development of spiritual ideas in ancient India, marking a transition from Vedic ritualism to new ideas and institutions.

Aspirants would find this article relevant while preparing for the Ancient Indian History Section of the IAS Exam. 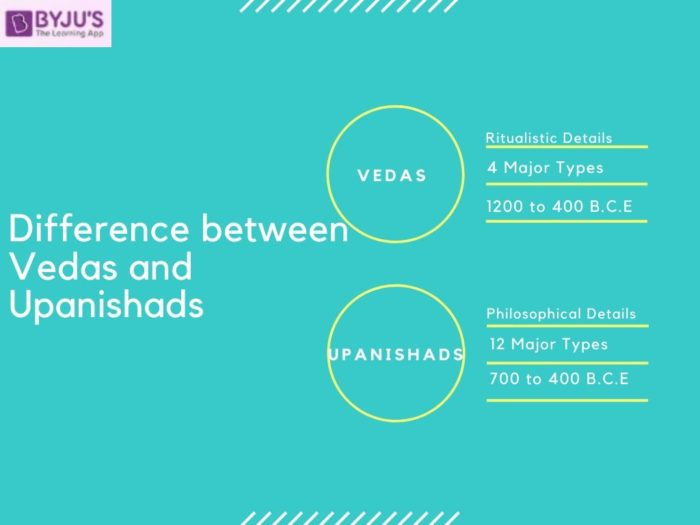 The major differences between Vedas and Upanishads are:

After learning about the differences between Vedas and Upanishads, visit the below given links to learn more about Different types of Vedas, Vedic Literature, Vedic civilization and other important details. Also refer to the link on Ancient and Medieval Indian History NCERT Notes.

For more articles and exam-related preparation materials for UPSC 2020, refer to the links given in the table below: