The Vedic Age was a significant era in Ancient Indian History. As such, the questions from this topic have always been featured in the history segment of the UPSC Prelims.

The Vedic age itself is divided into the Early Vedic Period (1500 – 1000 BCE) and Later Vedic Period (1000 – 600 BCE)*. The reason being that society underwent drastic changes from the time the first Vedas were written to the appearance of later Vedic scriptures. 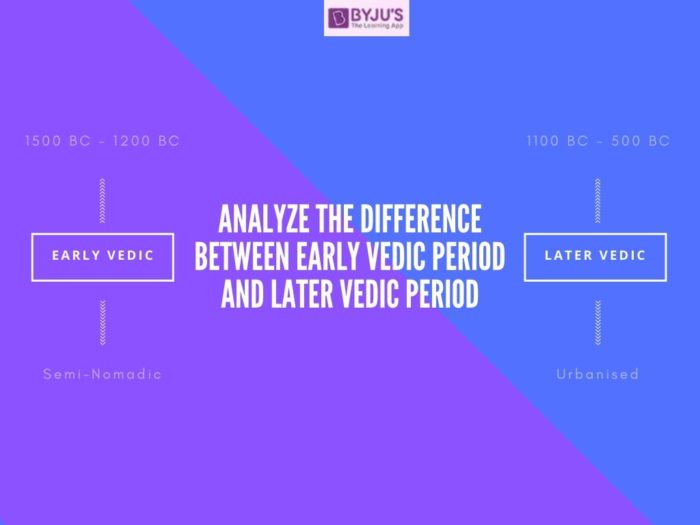 This article will provide details about the transformation of society in the Early and Later Vedic Ages for the IAS Exam.

* The dates of Early Vedic and Later Vedic Periods are sourced from NIOS.

To know more in detail about the Vedic Civilization and the Vedas from both the time periods, you can check the links given below:

Candidates can also check the links given below to know more about other related topics. These linked articles can help will also help UPSC Aspirant with the History segment of the exam.

Which period is known as later Vedic period?

After the 12th century BCE, as the Rigveda had taken its final form, the Vedic society, which is associated with the Kuru-Pancala region but were not the only Indo-Aryan people in northern India, transitioned from semi-nomadic life to settled agriculture in north-western India.

Why is the early Vedic period known as the Rigvedic period?

Since the Rigveda is considered the oldest of all the vedas, the Early vedic period i,e. 1800–1500 BCE is also called the Rigvedic period.

You can get a general idea of the exam by visiting the UPSC Syllabus page. For more preparation materials refer to the links given below: