The Criminal Procedure (Identification) Bill, 2022 seeks to allow police to take “measurements” to tag those who have been convicted, arrested or detained.

Latest Context: The Criminal Procedure (Identification) Bill, 2022 was introduced in the Lok Sabha on 28th March 2022. The objective of the bill is to authorize law enforcement agencies to take measurements of convicts and other persons to identify and investigate criminal matters and preserve records.

The Bill was passed by the Rajya Sabha on 6th April 2022 and it received the presidential assent on 18th April, thus becoming law. 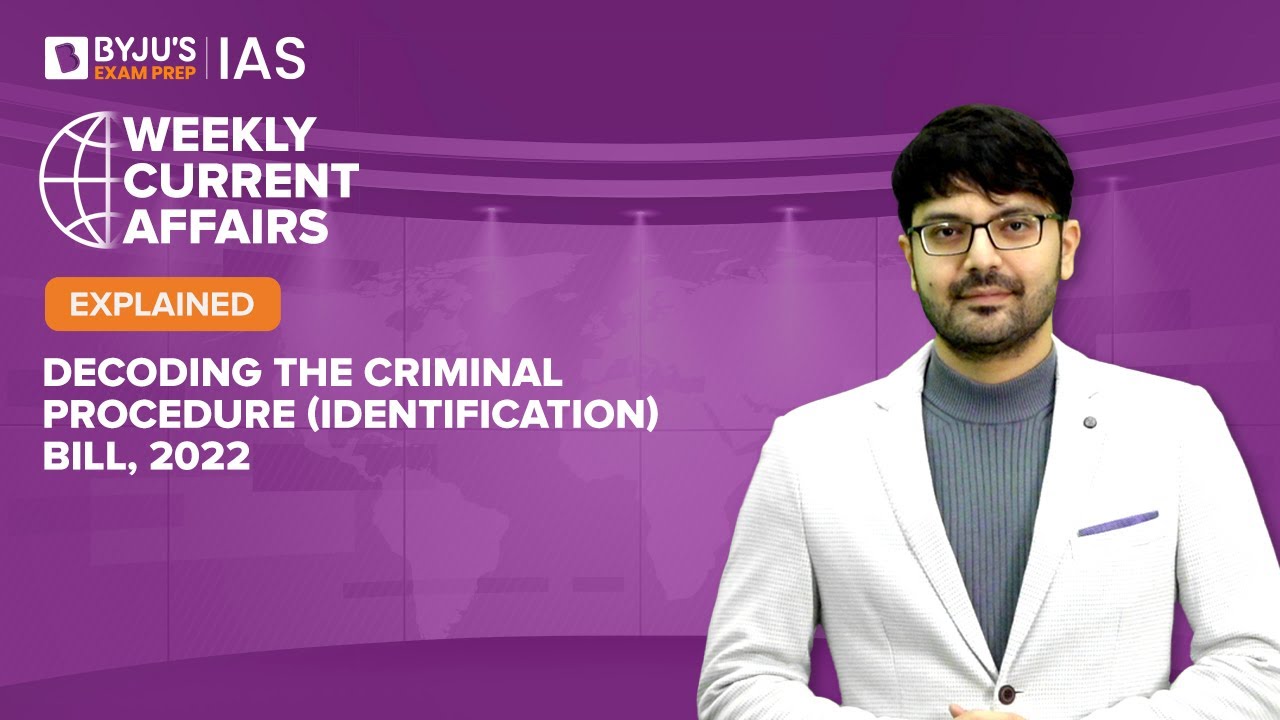 What is Criminal Procedure (Identification) Act 2022?

To get the consolidated list of important acts in India along with comprehensive notes on each for IAS Exam preparation, visit the linked article.