The Cabinet on Security (Committee CCS) on March 30, 2022 approved the procurement of 15 HAL-made Light Combat Helicopters for Rs 3887 crore and approved the infrastructure for its creation which is worth Rs 377 Crore.

The LCH will be used to provide close-air support for infantry during combat operations. Just what are the specifications of the HAL Light Combat Helicopter? The details of this helicopter will be given in the context of the IAS exam

The HAL LCH is a multi-role attack helicopter designed by the Hindustan Aeronautics Limited (HAL) for use in the Indian Air Force and Indian Army. Its flight ceiling is one of the highest among the attack helicopters of the world.

In 2006, HAL announced a programme to create a programme that would create the Light Combat Helicopter. The HAL estimated that it would have operational units y December 20210 but it was subject to several delays, some of which were attributed to suppliers

The Light Attack Helicopter’s design was based on other indigenous helicopters earlier manufactured by HAL such as the Dhruv. On 29 March 2010, the first LCH prototype performed its maiden flight. It had the distinction of being the first attack helicopter to land at the Siachen glacier, reportedly at altitudes as high as 13,600 feet to 15,800 feet.

The LCH was cleared for limited series production on August 26, 2017. On 19 November 2021, Prime Minister Narendra Modi officially handed over the LCH to Air Chief Marshal Vivek Ram Chaudari, thus inducting it into the Indian Air Force. 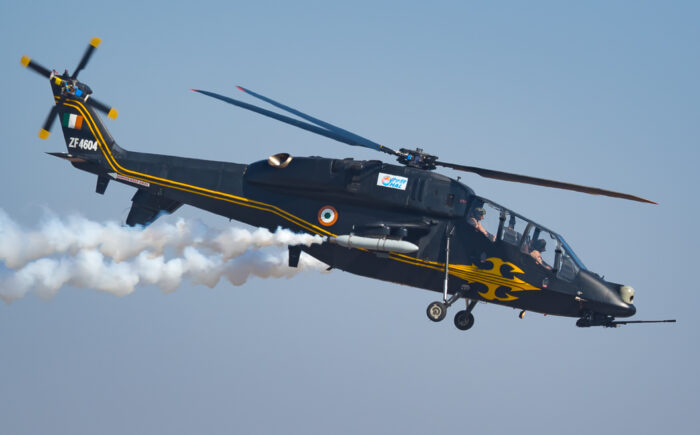 The general characteristics of the HAL Light Combat Helicopter are given in the table below:

The difference between the Apache Helicopter and the HAL Light Combat Helicopter is as follows:

How good is the HAL Light Combat Helicopter?

It is touted to be the world’s only attack helicopter capable of taking off and landing at altitudes as high as 5,000-metres (16,400-feet) whilst boasting a significant payload. The LCH becomes an excellent platform for supporting troops deployed in high-altitude areas (HAA)

How many HAL LCH does India have?

By mid-2017, the AAC had placed combined orders for 114 LCHs, while the IAF had a total of 65 LCHs on order. During early 2017, it was reported that the LCH’s initial operating capability (IOC) with the Indian armed forces was expected to occur by 2018.

Which is the most powerful helicopter in India?

The Dhruv ALH (Advanced Light Helicopter) is India’s most advanced indigenous helicopter being developed and manufactured by HAL. Dhruv has been used for a variety of roles right from SAR, Evac, and RTR operations apart from attack capabilities thanks to an attack variant called Rudra.