The Sukhoi Su-35 is an air-defence fighter that is an improved variation of the Su-27 aircraft. It is a single-seat, twin-engine aircraft designed for air-superiority roles as well as other multiple roles.

It was designed by the Sukhoi Design Bureau and built by the Komsomolsk-on-Amur Aircraft Plant.

This article will give details about the Sukhoi Su-35 within the context of the IAS Exam.

Origins of the Sukhoi Su-35

The Sukhoi Su-35 was originally designed in the Soviet Union with the Su-27 being the original base design. The maiden flight of the Su-35 happened in June 1988.

Following the dissolution of the Soviet Union, further designs were made in order to make them export ready. About 14 aircraft were produced and used for tests and demonstrations.

The aircraft made its debut in November 1993 when its flying capabilities were demonstrated in front of spectators in Dubai. After that it flew in another demonstration in Berlin and Paris. Following this the Russian government approved the aircraft for export in the late 1990s and early 2000s.

A variant of the Su-35, the Su-35S saw its first combat deployment during the Russian intervention in the Syrian Civil War in January 2016. This was in response to the increased tensions between Russian and Turkey when a Turkish F-16 fighter shot down a Russian Su-24 bomber in 2015.

The Su-35S w provides air cover for other aircrafts when conducting bombing missions. They had been crucial in preventing Turkish and Israeli incursions into Syrian territory as on a number of occasions the Su-35Ss had intercepted and turned away these aircraft when they were carrying out air operations of their own. 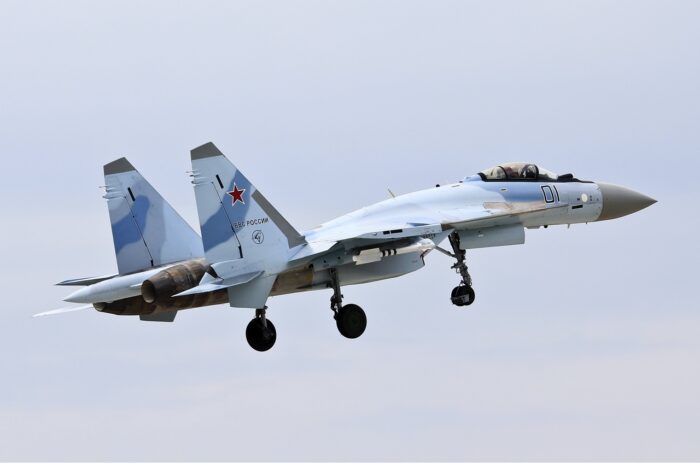 There has been much comparison between the Sukhoi and Rafale Jet. Below we will give a table of comparisons with which a comparison can be made between the two aircraft.

Is the Su-35 better than Rafale?

How good is the Sukhoi Su-35

The Su-35 is definitely the most capable Fighter in the Russian Air Force and there is no doubt that it presents a serious threat to any 4th gen aircraft out there. But to say that it’s on the same level as today’s F-15E, F/A-18E/F, Typhoon or Rafale, much less ‘superior’ is defying reality