One of the most important facets of a sound UPSC civil services exam preparation is to go through the previous years’ UPSC question papers. This gives a good insight into the kind of questions asked by the UPSC also into the trends followed by the commission. This is useful information which should be applied by aspirants into their preparation for the IAS exam. This article gives you an analysis of the 2016 Mains General Studies Paper 2.

There were 20 questions in the paper all of which were compulsory. Each question carried 12.5 marks. The paper totalled 250 marks. There was no change in the format from the previous few years.

Take a look at the following pie chart which reveals the break-up of the questions based on topics asked in the UPSC syllabus for GS paper 2. 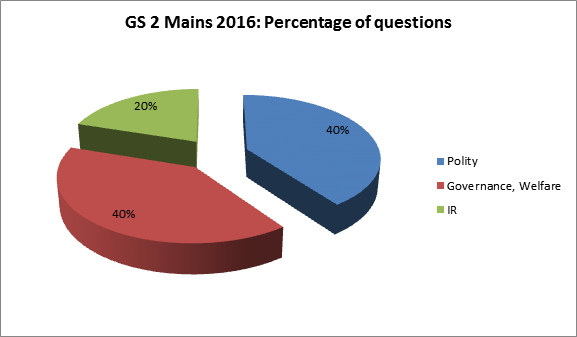 A few tables are given below that indicates the subtopics from which the questions in GS 2 (2016) have been asked.

Questions on the basics of the Constitution:

Questions on the legislature:

Questions on separation of powers:

Questions on federalism and local governance:

Questions on social services and social sectors (policies and schemes):

The following pie chart indicates the percentage of questions asked from the various subtopics in the GS 2 paper in 2016: 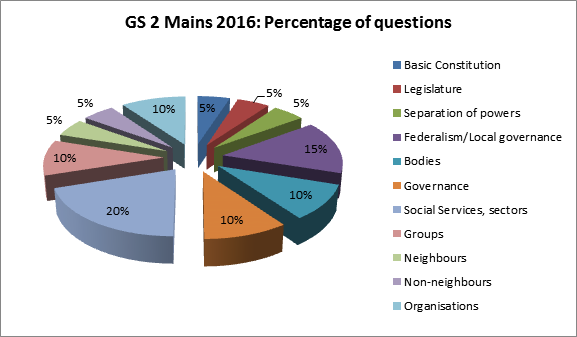