This article will describe in detail the topic of Angel Tax in India. There were a few changes made to the tax laws related to Angel Tax. This article starts by sharing brief details on Angel Investors, their rising importance, and then moves on to the formulation of new rules related to Angel Tax, the significance of those new rules and finally culminating with the concerns associated with changes in the Angel Tax Laws.

These UPSC Notes on angel tax and angel investors in India as well as related concerns are aligned with the UPSC Syllabus and aspirants should prepare this topic from the perspective of General Studies Paper III.

Who are Angel Investors?

Angel investors are high net worth individuals who invest their personal income in business start-ups or small and medium scale companies.

Why they are Gaining Importance?

Angel investors finance small startups. They provide funds at a stage where such startups find it difficult to obtain funds from traditional sources of finance such as banks, financial institutions, etc. In this way, they encourage entrepreneurship in the country. Further, such investors provide mentoring to entrepreneurs as well as access to their own business networks. Thus, they bring both experience and capital to new ventures.

What is Angel Tax and the Issue Related to them?

What are the New Rules?

The changes, when seen in totality, are welcome, for startup companies. The changes will also assuage the government’s concerns to a small extent with respect to shell companies evading taxes under this mechanism, while permitting exemptions for startup organisations.

Also check out the following links –

The angel tax could not be scrapped as money laundering is a major problem. There is a network of 200 shell companies and they have been under control since 2012, so it cannot be scrapped.

However, concessions are under consideration with the size of the start-up, the duration of its operation, and the income of the angel investor.

In order to reduce the long pending grievances of taxpayers and to minimize litigations pertaining to tax matters, the Government of India in July 2018, has decided to increase the threshold monetary limits for filing Departmental Appeals at various levels. 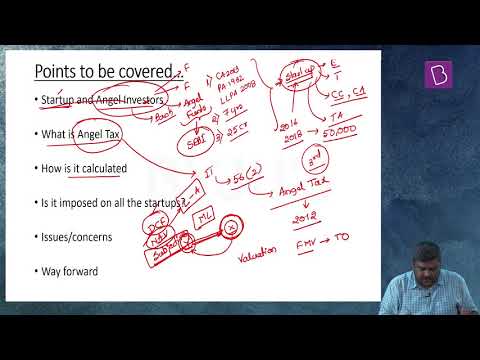 Which of the following Statements are true?

A) All the statements are true

B) None of the statements are true