Rajya Sabha TV programs like ‘The Big Picture’, ‘In Depth’ and ‘India’s World’ are informative programs that are important for UPSC preparation. In this article, you can read about the discussions held in the ‘Big Picture’ episode on “Centre-State Rights” for the IAS exam. 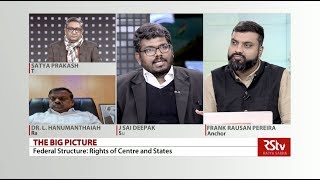 Arguments for the Act:

Arguments against the Act:

Why is a legislation passed by the Parliament binding on all states?

Rights of States in a Federal Structure:

2. Why are certain states hesitant to implement the CAA?

Law and Order is a state subject- can the states hide behind this?