2. India protests to Pakistan against infiltration

3. Dumbing down a pliable workforce 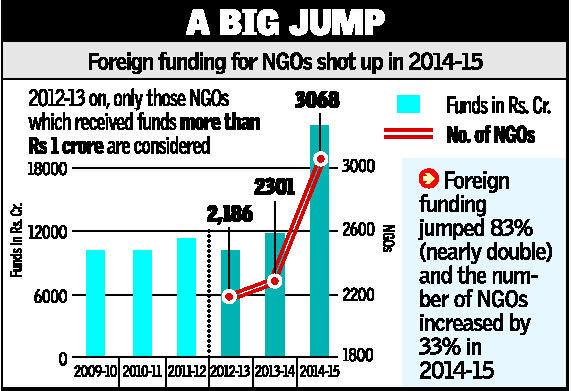 Facts from case study
Losing ground in the war on superbugs

3. Dumbing down a pliable workforce

Despite the Jammu and Kashmir government’s claim for immunity from criminal prosecution to police officers compelled to use fire power to fatal ends in the line of duty, the Supreme Court on Tuesday directed the State to investigate the death of a 26-year-old man allegedly at the hands of the police in the tensed Valley State.

The S.C Bench ordered the State authorities to complete the probe on the basis of a complaint made by the victim’s father that his son was killed by the police inside his house and not during protests.

The apex court asked the State to submit its investigation report in a sealed cover by August 12.

The Transgender Bill was first cleared as a private members Bill in the Rajya Sabha, and now the Ministry of Social Justice and Empowerment is to pilot it in the Lok Sabha as a government bill.

The Centre has proposed an amendment to the labour rules to allow the textiles industry to hire workers on a fixed-term contract.The textile industry will not be required to give the fixed-term worker any notice period for terminating the contract or any compensation in the case of retrenchment.The move will help us hire workers for a fixed term directly without going through the contractor.

India-China ties should focus on amplifying their economic agenda, which requires urgent attention. “India’s exports to China have dropped 16.7 percent year-on-year in the first seven months of the year, Chinese customs data showed on Monday, suggesting that a large number of Indian enterprises are having a hard time exploring the Chinese market amid simmering tensions between the two countries.It was stressed that “geo-economics rather than geopolitics,” should rule India-China ties.

Russia imposed trade sanctions on Turkey in the wake of the shooting down of its jet and the number of Russian tourists visiting the country fell by 87 percent in the first half of 2016.

Mr. Erdogan’s trip to Russia comes as Turkey’s relations with Europe and the United States are strained by what Ankara sees as Western concern about how it handled the abortive coup, in which more than 240 people were killed.