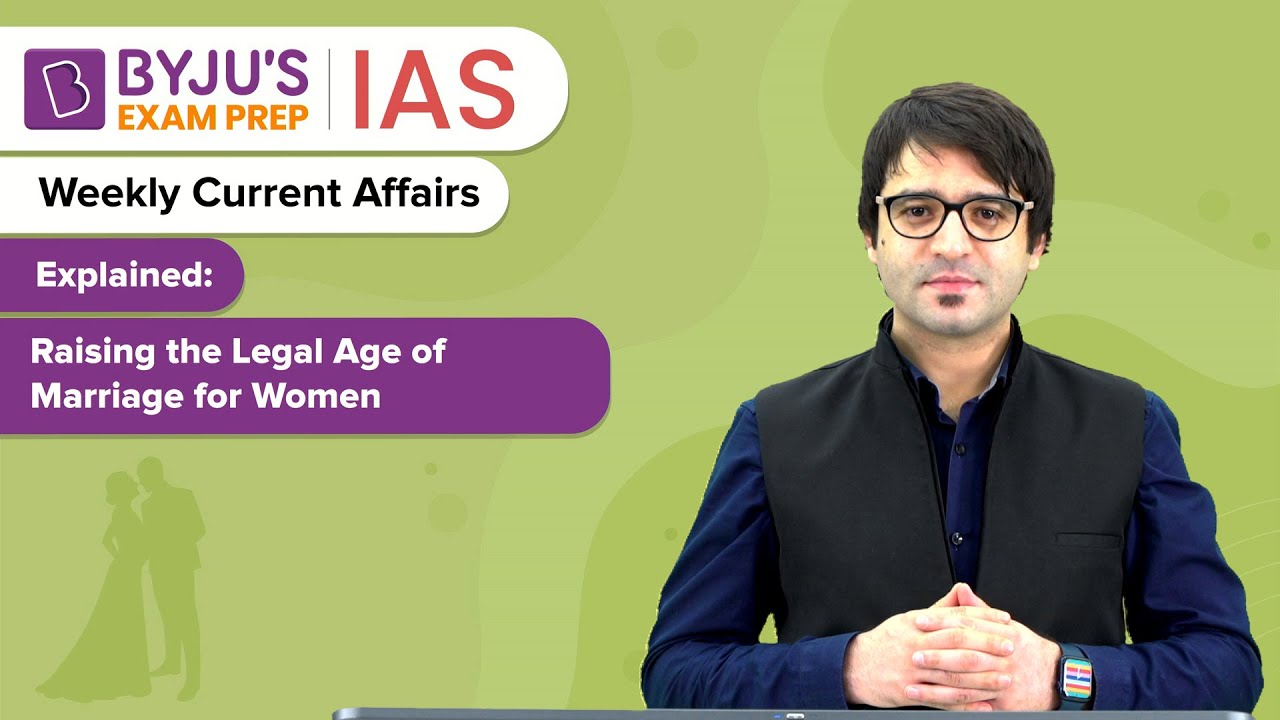 Prohibition of Child Marriage (Amendment) Bill, 2021, seeking to raise the legal age of marriage for women from 18 years currently to 21 years, was introduced by the Union Cabinet in the winter session of the Parliament in December 2021.

The bill to raise the age of marriage from 18 to 21 years for women, was introduced by the Union Minister for Women and Child Development (MWCD), Smriti Irani, and was sent to the parliamentary standing committee for detailed scrutiny. This bill will override all the existing laws if passed.

The Government felt the need to introduce the changes for various reasons and also by considering the data of the recent National Family Health Survey (NFHS) and recommendation by the Jaya Jaitly committee.

The Reasons for Change

The MWCD set up a committee in 2020 under the leadership of Jaya Jaitly to look at the feasibility of increasing the age of marriage and its implication on women and child health. Its recommendations are as follows:

NFHS-4 data points out that, women with 12 or more years of schooling are most likely to marry late. This establishes a direct link between education levels and the age of marriage.

Similarly, the National Human Rights Commission (NHRC) in 2018, suggested that “higher education levels lead to a lower chance of women being married early and suggested to amend Right to Education Act (RTE), 2009 to make it applicable up to the age of 18 years”.

The above data suggest that to truly empower women it is required to invest in addressing the fundamental issues that women face, rather than imposing coercive laws. Measures to increase their access to educational facilities, healthcare facilities, skill and career development, creating job placement and employment opportunities have to be introduced which will ultimately result in a delay in the age of marriage of women.