In this article, we feature the discussion on the topic: UNSC: RBI Monetary Policy: Hawkish Stance. 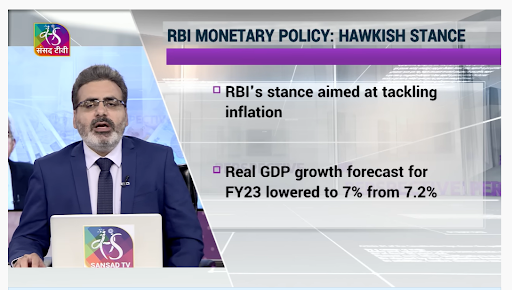 Context: International Day of Awareness of Food Loss and Waste.

The decision taken by the Monetary Policy Committee to increase the policy rate by another 50 points approximately two percentage points in the period of four to five months is a clear indication that RBI is continuing its withdrawal of accommodative stance. There are indications from various sources that the interest rate hike cycle has reached its peak and might see a slight reversal in future meetings.
Read all the previous Sansad TV Perspective articles in the link.