What is Hiroshima Day? 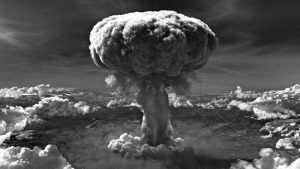 Hiroshima Day is observed on 6th August every year.

The United States dropped an atomic bomb on the Japanese city of Hiroshima on 6th August 1945 during the course of the Second World War leading to the deaths of over 20,000 soldiers and about 70,000–126,000 civilians. A similar bomb was dropped on another Japanese city of Nagasaki three days later leading to a further 80000 deaths. This was the first and only instance of the usage of nuclear weapons in the world. Read more about this incident for the IAS exam.

Other Similar Events (Cause & Impact)