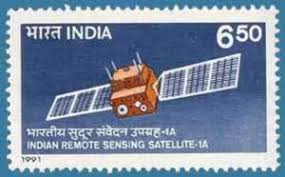 On 17 March 1988, the first indigenous remote sensing satellite developed by the Indian Space Research Organization (ISRO), the IRS-1A was launched by a Soviet launch vehicle Vostok.

Get the list of Indian Satellites from the linked article.

1959: The Dalai Lama escaped to India from Tibet.