What is Official Secrets Act?

What are the criticisms about the Act?

Recent Reforms to the Act

Details of the Project 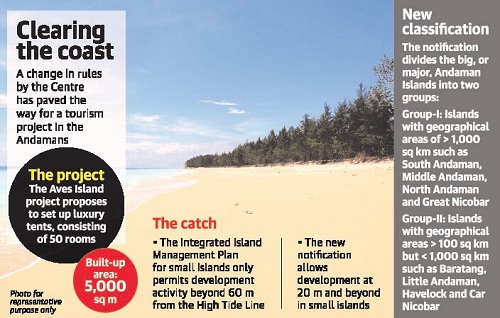 Details of the Guidelines

In the private (non-governmental) sector, most organizations have policies and procedures that don’t allow a conflict of interest, to avoid a potential problem before it occurs. For example, in the situation above, many businesses have policies against hiring relatives in certain situations.

What is the programme?

When was it introduced?

Why is it important for India?

Why is India in the cross-hairs?

What can the Indian government do?

The lowdown on the Official Secrets Act

A Brief Look at the History of the Official Secrets Act:

The Act’s Ambit: A Perspective

Recent use of the Act:

View of the 2nd ARC on the Official Secrets Act:

A Critique of the Act:

OSA and the RTI Act:

Why is this important?

How did it qualify?

Will the status help?

What are the threats? Pushing the purple frog to the edge 1) Which of the following schemes aim at Inclusive India?

Explanation: The Constitution (Eighty-sixth Amendment) Act, 2002 inserted Article 21-A in the Constitution of India to provide free and compulsory education of all children in the age group of six to fourteen years as a Fundamental Right in such a manner as the State may, by law, determine. The Right of Children to Free and Compulsory Education (RTE) Act, 2009, which represents the consequential legislation envisaged under Article 21-A, means that every child has a right to full time elementary education of satisfactory and equitable quality in a formal school which satisfies certain essential norms and standards.

UDAN is a regional airport development and “Regional Connectivity Scheme” (RCS) of Government of India, with the objective of “letting the common citizen of the country fly”, aimed at making air travel affordable and widespread, to boost inclusive national economic development, job growth and air transport infrastructure development of all regions and states of India.

Explanation: Overall, enrolment of children in the age group 6-14 is over 96%. This figure has been 96% or higher since 2010. The proportion of children out of school in different age groups has been falling over time. Gender gaps in enrolment have also narrowed considerably over time.

3) Which of the following factors have been responsible for pollution in Ganga River?

Explanation – The Mithi River also known as “‘Mahim River”‘ is a river on Salsette Island, the island of the city of Mumbai, India. It is a confluence of tail-water discharges of the Powai and Vihar lakes. The river is seasonal and rises during the monsoons. It does not meet Ganga.

Explanation: NHRC may recommend to the concerned government or authority to make payment of compensation or damages to the victim. There is no such restriction on NHRC with respect to bonded labour. Infact, it has been active in abolition of bonded labour. Hence both the statements are wrong.