4. FB and its definition of terror

5. Healthcare for Swedes comes at a cost — time

Why was it done?

1. Talks on for logistics deal with Russia 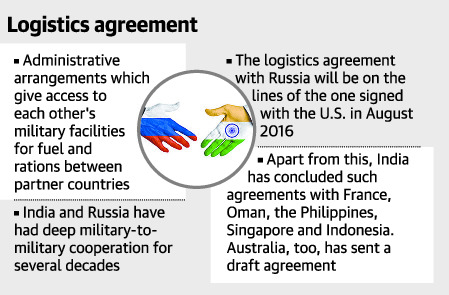 India and Russia are in the process of concluding a logistics agreement, with both sides targeting to conclude consultations before the annual summit in October between Prime Minister Narendra Modi and Russian President Vladimir Putin.

The proposed agreement follows a series of such agreements India has signed since the first logistics agreement with the U.S.

3. China has pledged a $60 billion aid to Africa

Biosaline agriculture is a relatively new way of dealing with salinity in agriculture.

Context: Kuttanad may never be the same again 1. Beyond uniformity: on ruling out a uniform civil code

What is uniform civil code?

What the constitutional makes thought about this?

The positives of the recent meet

Concerns with respect to BIMSTEC