It aims at providing following services to Government:

2. The poor are left to themselves

Note to Students:
Note to the Students: This is part of a continuing series of editorials on the Aadhar. We have had editorials that have looked into various aspects of the recent Supreme Court judgement which upheld the constitutional validity of the Aadhar. This particular editorial looks at another dimension which hasn’t been touched upon in detail in the previous editorial releases. This dimension is that of inclusion and exclusion.

The issue surrounding the constitutional validity of the Aadhar has been an important topic over the past few days.

From a UPSC point of view there are a few important areas to cover in this article. These are: 1) The idea of Aadhar 2) The concept of a Money Bill (Article 110)
3) The issues concerning data privacy of an individual
4) The operational challenges faced during the implementation of the scheme

Here we have suitably signposted the Editorial Analysis into multiple headings.

The important aspect to note here is that the issue being discussed in the news assumes priority over just the article. Thus, such a coverage of an editorial would give aspirants a broader, more comprehensive view of the topic.

Here, “national security” perspective  refers to the the vital role of surveillance to curb terror and prevent money laundering and crime financing.

Social welfare state” perspective refers to how Aadhaar ensured that subsidies went to the right people.

The issue of contention: Passing the Aadhar as a Money Bill:

The Aadhar and PDS: A Critical Look

The Scope for Corruption: Does it still persist?

What is Quantity fraud?: It is a type of fraud wherein a beneficiary is sold less than his/her entitlement, but signs off on the full amount.

In conclusion, critics allege that those who benefit from these programmes and who understand why Aadhaar cannot improve inclusion do not have a voice in the media or policy-making.

Recently, the Supreme Court decriminalised the offence of adultery by holding Section 497 of the Indian Penal Code (IPC) unconstitutional.

A Note on Section 497 in The Indian Penal Code:

Arguments for retaining the provision:

The main argument for retaining the criminal provision was that:

Observations by the Court:

The idea of Equality:

1. Facebook says up to 50 mn accounts breached in attack 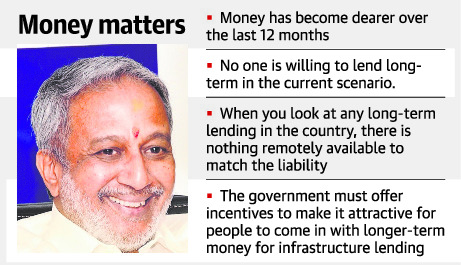 3. RBI cracks down on Bandhan Bank for violating norm 7. Terrorism is largest threat to peace in S. Asia: Sushma

9. Green learning: language grows on trees in this plot

12. Not a crackdown on dissent, says SC

Dismissal of the petition

Article 12 of the Indian Constitution defines the term ‘State’.

Objective resolution was introduced by Jawahar Lal Nehru on 13 December 1946 and was adopted on 22 January 1947. ‘Integrity’ was also added to the preamble by 42nd amendment act.

Towards the end of 1921, peasant discontent surfaced again in the districts of Hardoi, Bahraich and Sitapur, with grievances relating to the extraction of a rent that was generally 50 percent higher than the recorded rent. Congress and Khilafat leaders provided the initial thrust to the peasant grievances and the movement grew under the name Eka or unity movement. With grass-root leadership not in favour of non- violence taking over the movement, the authorities succeeded in bringing it to an end. The Kisan movements were also over shadowed by the Non-Cooperation Movement in UP.