2. Do you have an action plan on pollution: SC asks centre

1. The long battle for Raqqa

The ceasefire signed with NSCN-IM is only for Nagaland; it does not include Arunachal Pradesh and Manipur. This notification has been issued after much consultation between the security agencies.

The Government signed a framework agreement with NSCN-IM in September 2015 to find a final solution to the 6-decade-old Naga issue. The order said the 3 districts were being declared as disturbed area under Section 3 of the AFSPA as Naga underground factions including NSCN-IM and NSCN-K continue to indulge in extortion, area domination, recruitment of locals and inter-factional rivalry.

NSCN-K was banned in 2015 after its alleged involvement in an ambush on an Army convoy in Manipur’s Chandel district, resulting in the death of 17 personnel. Its leader S.S. Khaplang is said to be in Myanmar. The Home Ministry said security scenario in 3 districts of Arunachal Pradesh remains vitiated by the spill over of the Naga insurgency.

Note – After decades of violence, the NSCN-IM had entered into a ceasefire agreement with India in 1997. The largest group representing the Nagas has demanded a Greater Nagalim or a contiguous land for the Nagas, across the States of Nagaland, Arunachal Pradesh, Manipur and Mizoram.

The bench said cities like Beijing and Singapore had to be shut down due to pollution.

However, with China making it clear that its position hasn’t changed, and little movement in the objections of other countries on the issue of the NPT, officials are calling it a long haul, given that the NSG works by consensus.

Meanwhile, India has been working with its support base that includes the U.S., Japan, Australia and South Korea, that has been exerting its influence as the new Chairperson of the NSG to push for India’s case. India also hopes Prime Minister Modi’s visit to Tokyo on November 11 that coincides with the NSG Plenary session will boost India’s non-proliferation image, as India and Japan are expected to announce their civil nuclear accord.

The U.S., that has backed India, said it remained optimistic about India’s chances of NSG membership by the end of 2016. Chronology: The government began a battle against corruption by setting up an SIT headed by a retired Supreme Court judge, immediately upon taking office. Since then

The Government has brought into the open nearly 1.25 lakh crore rupees of black money belonging to the corrupt.

Note – However, the unaccounted money stashed abroad is a different thing and needs to be addressed separately. 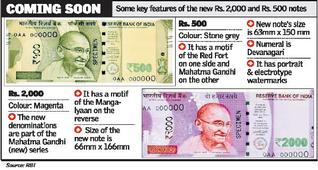 India has chosen to make public a lot of government data, giving it a place among the top 10 countries that have an open data platform. Earlier, the government permitted their use only for academic or government purposes. Recently, centre took a decision to allow people to create value added services for commercial purposes.

The jihadist group, which once had direct access to the Turkish border, has now retreated to its core in Syria, stretching from Raqqa to Deir Ezzour. Against this background, the SDF clearly has an upper hand; the IS will also find it challenging to defend two of its most important cities at the same time. But that doesn’t mean that the SDF will have an easy walk into Raqqa.

Raqqa has a population of about 2.2 lakh. Major air-borne campaigns to help the SDF advance on the ground will be risky and could result in large civilian casualties. The IS also uses human shields to stop ground advances of enemies. But the most pressing challenge the SDF faces is the response from Turkey.

Turkey sees the YPG as the Syrian unit of the Kurdistan Workers’ Party, which it calls a terrorist force. The dilemma that the U.S. faces is one of bringing both the YPG and Turkey on the same side of the battle for Raqqa. Turkey had in the past played dubious games with the IS. If it decides to do that again now, the war on the IS could be derailed.