The classification of history is based on assessing which period in time were the reliable records available.

Thus, time periods in history are divided into the following three to summarize significant eras in the history of the world:

Ancient history is the time period where the earliest known human settlements have been found around 6000 BC. It ends with the fall of major empires such as the Roman Empire, the Han Empire of China and the Gupta Empire around 650 AD.

Medieval History, also known as post-classical history, is said to have begun around 500 AD, following the major cultural and religious upheaval that was common around this time.

The Modern Period covers the age of extra-continental expansions (like the exploration and colonization of Asia and North America by the Europeans) to the present day. 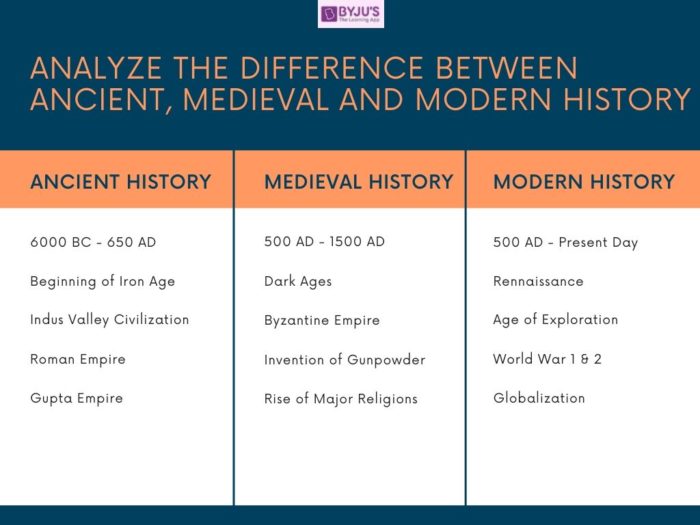 The difference between Ancient, Medieval and Modern History is given in the table below:

Aspirants can find study materials related to the History segment of the UPSC Exams through the links given below: