Difference between District Collector and Deputy Commissioner is explained here in detail.

The District Collector is the highest Officer of revenue administration in the district. In revenue matters, he/she is responsible to the Government through the Divisional Commissioner and the Financial Commissioner (Revenue).

Candidates preparing for the Civil Services Exam can visit the given link for information on eligibility, dates and structure of IAS Exam.

Get Comprehensive List of Difference between Articles – Economics, Polity, History & more in the linked article. 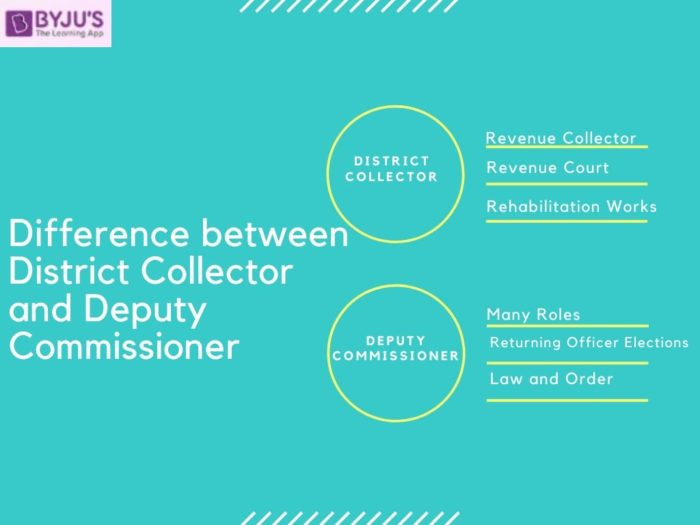 The major differences between the district collector and deputy commissioner are:

Candidates can also read the important difference between the articles mentioned below:

After learning about differences between District Collector and Deputy Commissioner visit the below-given links for more information on 24 Different Types of Civil Services. In addition, also refer to the links on Indian Polity Notes and Latest Current Affairs.

What is the role of the district collector?

The main functions of the district collector were to supervise general administration, to collect land revenue and to maintain law and order in the district. As a District Magistrate, he supervised the police and inferior courts in the district. Along with these, he also performed judicial functions.

What is the role of the deputy commissioner?

For more articles and exam-related preparation materials for UPSC 2022, refer to the links given in the table below: