Why was GST in the News?

In order to correct the inverted duty structure and remove some exemptions, the Goods and Services Tax (GST) Council made a number of rate changes at its 47th meeting, which was held on 29 June, 2022. These rate changes could serve as a precursor to a general adjustment to tax slabs and rate rationalisation in the future. The rate changes will be effective from July 18, 2022.

An overview of the recent changes is given below:

The GST (122nd Constitutional Amendment) Bill, 2014 was passed in May 2015. It was enacted as Constitution (101st Amendment) Act, 2016, with effect from, 16th September, 2016. It heralds the first significant step towards the indirect tax reform in India in the last thirty years. The GST was launched on 1st July 2017. Below are some additional details about the GST.

Stage 2 The next stage is that of the good passing from the manufacturer to the wholesaler.

Brief chronology of the evolution of taxation regime in India: 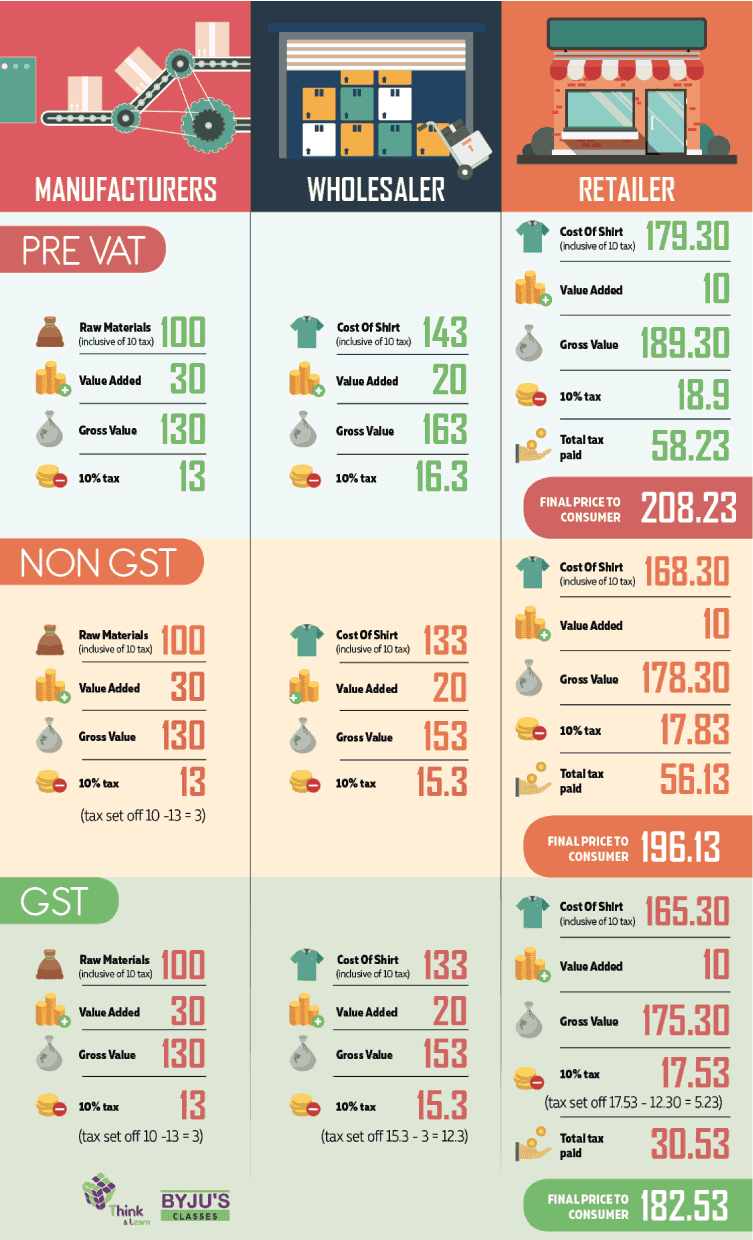 SHORTCOMINGS IN THE PRESENT TAX STRUCTURE AND NEED FOR GST Tax Cascading:

Complexity in determining the nature of transaction: 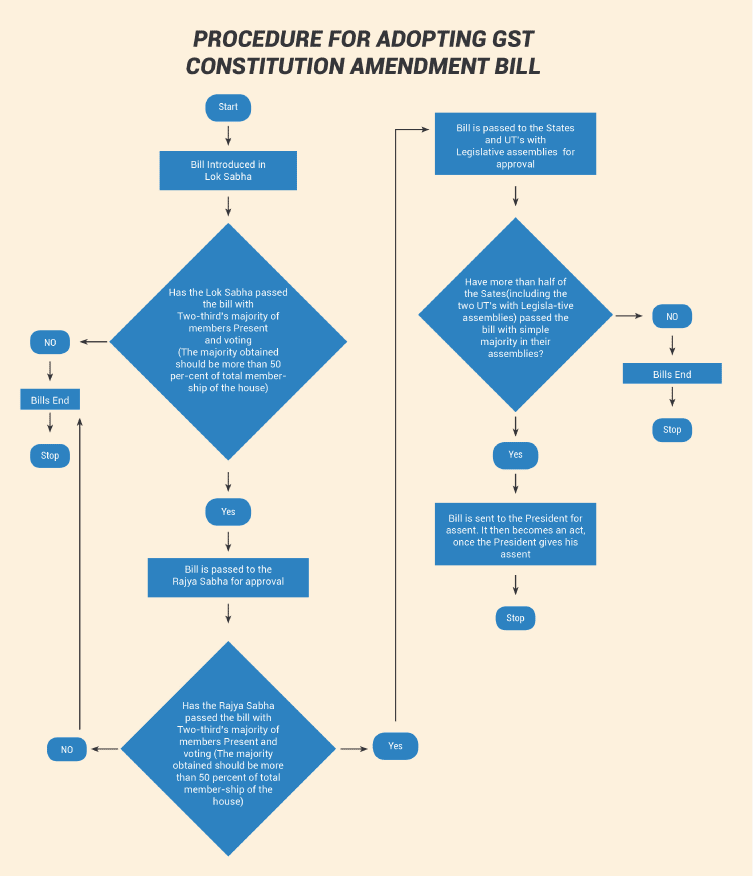 Salient features of the GST Bill: 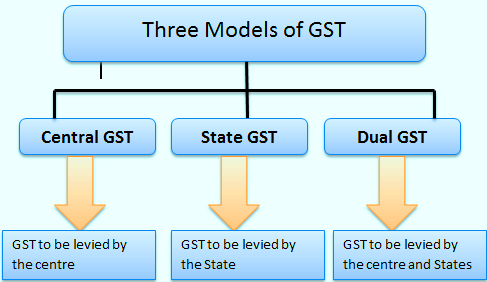 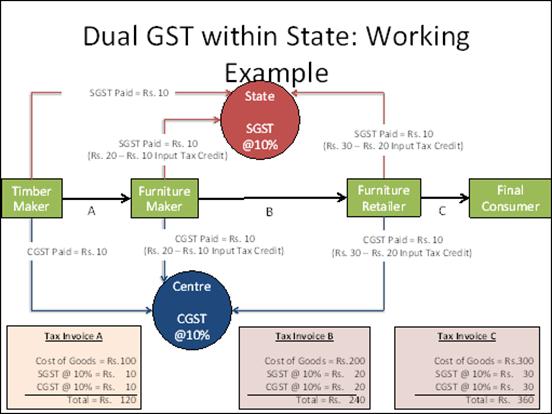 Taxing the imports under GST:

Major features of the proposed registration procedures under GST:

Major features of the proposed returns filing procedures under GST:

Major features of the proposed payment procedures under GST:

Advantages of GST For business and industry

Uniformity of tax rates and structures:

Gain to manufacturers and exporters:

For Central and State Governments

Simple and easy to administer:

For the consumer Single and transparent tax proportionate to the value of goods and services:

(For example producing states like Gujarat and Maharashtra might want low taxation on manufacturing of cotton textiles related goods, and consumption states like Haryana, Uttar Pradesh might want high rate of taxation on retail sales of these goods leading to conflict).   Compensation to States:

Approach to the Civil Services Examination: In mains focus will be on effect of GST on Indian economy, federal structure (centre-state relations) and analysis of the new Indirect taxation structure.   GS Paper II: