Rajya Sabha TV programs like ‘The Big Picture’, ‘In Depth’ and ‘India’s World’ are informative programs that are important for UPSC preparation. In this article, you can read about the discussions held in the ‘Big Picture’ episode on “India – Russia Defence Ties” for the IAS exam. 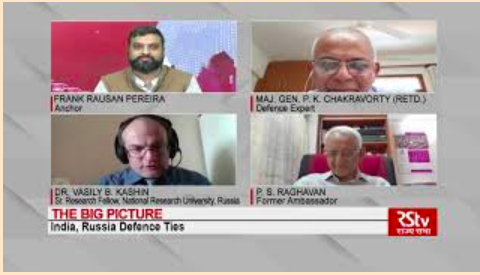 Why is India – Russia Relationship Special and Privileged?

Why are Relations with Russia so Critical for India?

Way Forward to Solve the Delay in Military Supplies

In which Domains can India – Russia Relations be Further Strengthened?